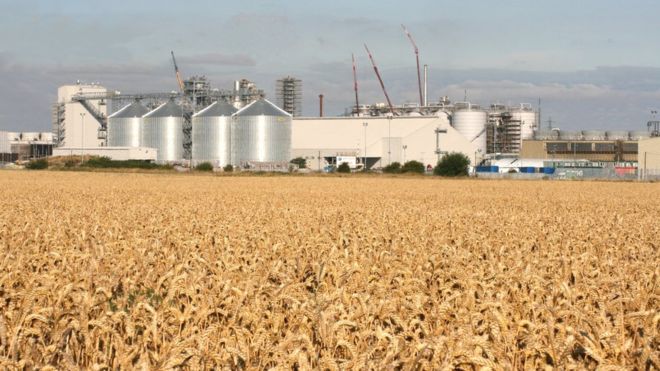 It is planned to initially run the factory at reduced capacity to supply orders from British customers (Photo: Ensus)

A major ethanol production plant in the UK which closed down last year due to 'difficult market conditions' will now reopen.

The bioethanol plant in Wilton, Teeside, operated by Ensus, paused production at the end of November, affecting thousands of jobs in the supply chain.

It said that ethanol prices – both spot and forward prices – had 'significantly fallen contrary to all expectations'.

The plant supports around 2,000 jobs in the supply chain, including those in the farming industry across the north of England.

However, in a meeting this week, the executive board of CropEnergies decided to resume production at the Wilton plant.

It is planned to initially run the factory at reduced capacity to supply orders from British customers.

For continuous operation of the plant, the development of the local British market for alternative fuels is 'imperative', the German company said.

In a statement CropEnergies said: “This includes, above all, the speedy introduction of Premium E10 with 10 volume percent of ethanol which has been overdue for years.”

Environmentally-friend Premium E10 is the standard fuel for the certification of new petrol engines in the EU.

Currently, the British decarbonisation of transport is mainly based on biodiesel which, to a considerable degree, is produced from used cooking oils.

A large part is imported from third countries, such as China, where the guiding principle of waste reduction is not legally specified.

CropEnergies also took a hit at Brexit, with questions in particular regarding customs for imports and exports to and from the UK.

The company said this needs to be clarified 'immediately' as future customs regulations are of 'existential importance' for the plant.