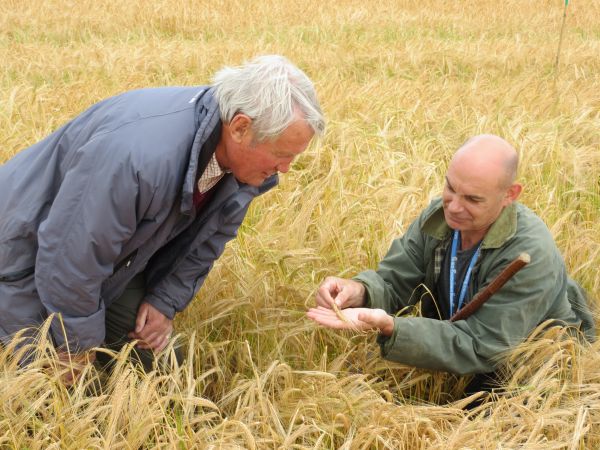 It may not have a preservation order, but a particular plot of North Norfolk farmland is, to many brewers, sacred. Four acres in size and bounded by thick hedging, the plot appears unremarkable: from a distance it is just like any other field of cereal crops. However, this small area of land is home to the mother crop of the revered Maris Otter malting barley.

Whereas most fields remain largely untouched in the weeks leading up to harvest, this one has seen intensive activity long before a combine gets anywhere near. The process of “re-selection” has been taking place.

“Regular re-selection is just part of the work we do to ensure the purity of the strain,” says Tim Walpole, certified crop inspector at renowned seed merchant H Banham.

“The fact the whole field has been accredited by DEFRA under their strict guidelines is good – but as purists, it’s not enough for us. So we still regularly take a 30m2 patch and go through it manually, checking each and every ear of barley. Anything that isn’t a perfect specimen of the Maris Otter variety is discarded. The remaining flawless grain from that patch is harvested separately and used to reseed the mother field.”

Within 3 years the majority of the Maris Otter grown in Britain will have come from that single ‘plot within a plot’.

“It’s a big responsibility,” says Tim, “but as custodians of the variety, we’re utterly committed to ensuring its integrity. The cultivation procedures and all the checks we undertake are extremely rigorous. Each year’s crops are measured against control samples to see that they remain true-to-type over the generations.

“Of course we’re lucky in terms of our location,” he adds, “Norfolk’s sunny climate, sea breezes and light soils make ideal growing conditions for Maris Otter. Most of the country’s supply is produced – and malted – in our region for that very reason.”

Maris Otter is a low nitrogen winter barley (a Pioneer -Proctor cross) introduced back in 1965 and used continually since then. Its performance and popularity wavered in the 80s, but the rights to the variety have been owned by two grain merchants since the early 90s and under the expert watch of seed specialists George Maule and Neville Carter it has gone from strength to strength.

As Euan Macpherson of Crisp Malting Group says, “The Maris Otter we are seeing now is better quality and more consistent than ever before.”

Certainly sales of Maris Otter malt are booming in line with the revival of the craft beer sector. There are now over 1,200 breweries in Britain and over 2,800 breweries in the United States – and their market share is increasing. A growing number of them are committed to using the very best ingredients – with Maris Otter pale malt at the top of the list.