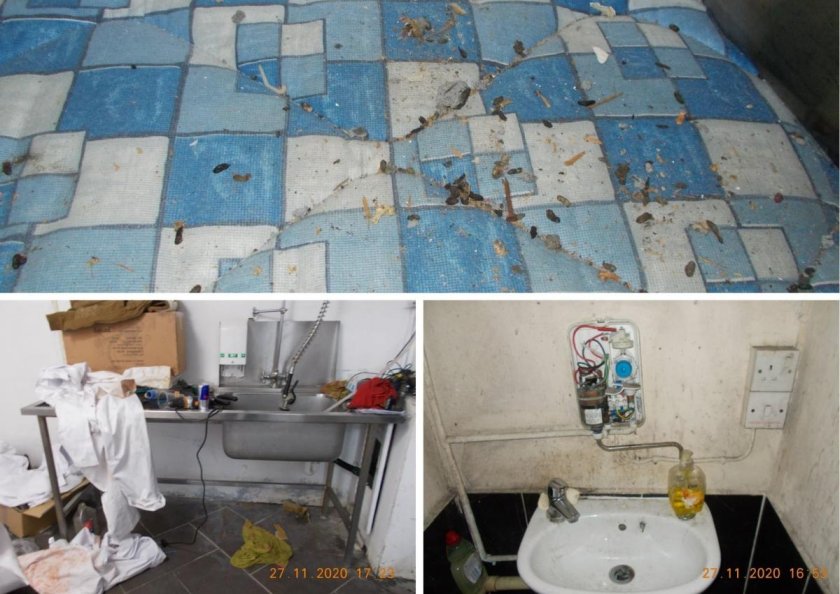 Over two tonnes of fresh meat has been removed from a Wiltshire car wash premises which was operating as an illegal butchers.

They found the meat being cut and packed for delivery to be sent across the UK.

Whole and part carcases were being cut in 'poor conditions', exposing the meat to the risk of contamination.

The council's officers, working with Food Standards Agency, searched the business under warrant on 27 November.

It is the second time that emergency enforcement action has been taken against the same business operator, according to the council.

Officers had previously searched a second hand wash on 23 October, where they witnessed fresh meat being cut in a vehicle workshop in 'grossly unhygienic conditions'.

Both car wash businesses and meat cutting activities were being carried on by the same business operator.

Emergency enforcement action was taken in October to prohibit the activity, where 2.7 tonnes of meat was seized as unfit for human consumption.

The business operator subsequently moved the activity to the second car wash site at Ludgershall.

A further prohibition is in force on the meat cutting activity and the latest consignment of meat has also been condemned and destroyed.

"They found that even the most basic requirements such as clean food rooms, a hot water supply, washing facilities, the control of pests and basic welfare facilities for food handlers were missing.

"This business has put their customers at risk. The need for officers to have to act in this way, not once but twice, is an extremely serious matter."

The news follows dozens of incidents of illegal butchery on farmers' fields across the country.

In February this year, two men pleaded guilty following the illegal slaughter of hundreds of sheep and lambs in Northamptonshire.