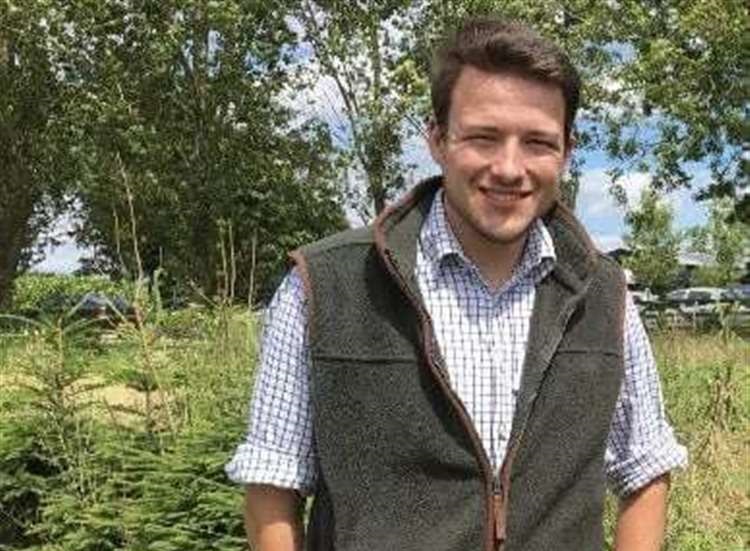 A 23-year-old who had dreamed of being a farmer since he was a child had to quit the industry after his mental health started to slip.

Dan Goodwin from Suffolk has shared his story during the annual Mind Your Head, a week-long campaign raising awareness of farmers' mental health issues and the support available to them.

When Dan turned 18, he moved from Bury St Edmunds and attended a land-based college in Norfolk.

Throughout his studies, he enjoyed learning and the structure that his apprenticeship with a small family-run farm gave him.

When this ended and he started working full time on the farm, Dan found himself without a structure and support and his mental health started to slip.

“Three years on, reality started to bite. We were a very small team, and constantly spoke about Brexit," he recalled.

"At the time, when it was all going through, it became clear that it would have a massive effect on smaller farms like ours.

"On that farm, we’d try and work around how we’d look at the farm on the future, when we wouldn’t have EU and government crop payments. It gave me the worst anxiety.”

He said the world at the time meant that no one was talking about poor mental health in the industry, and it was never mentioned at his college.

"The doubts I was having, the bad days and yes, I’ll admit it, the suicidal thoughts I was having then felt almost normal. Now I realise that they weren’t," Dan said.

“I switched jobs twice in my last year in the industry. In my last role, the isolation and loneliness really got to me. It was long hours and a lot of responsibility.

During the season, Dan would start at 7, and finish at midnight or 1am, seven days a week.

"We had radios and stuff on, but you don’t have anyone face-to-face. You just sit in your tractor and keep going and going,” he said.

Dan was living away from home, he missed his family and his partner. Over those four years, the anxiety and depression had been building and in August 2019, he attempted suicide.

“It was when that happened, I told someone that I needed help. Within 24 hours, I was with a doctor, and I had decided I couldn’t stay in the job any more,” he said.

“I can remember that day clearly. I woke up, next to my partner at the time, and I felt 100 per cent better. I was with the people who meant the most, and the burden had just been lifted off my shoulders.”

“Not everyone is as lucky as me. I have family who I love and love me unconditionally and a best friend who has been my saviour," he said.

Dan has now left farming and has been working in a job within the hospitality sector, but he still works as an ambassador for the Farm Safety Foundation.

"We are letting people living and working in the industry know that, thanks to technology and the widespread use of social media, we are more ‘connected’ than ever before.

"Yet, we can be more lonely. And loneliness can kill.”