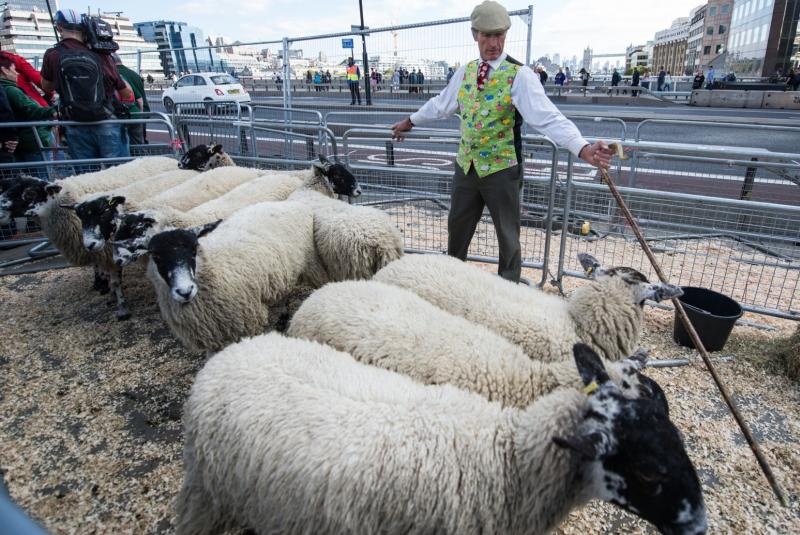 Thirty sheep are provided for the event by a Bedfordshire farmer

Former MP and broadcaster Michael Portillo is set to participate in a British tradition going back hundreds of years as he leads a flock of sheep over London Bridge.

This year's Sheep Drive will see more than 500 Freemen of the City of London join Mr Portillo lead a flock of North of England Mules over the historic landmark.

The tradition entitles Freemen to drive their sheep over what was once London’s only river crossing and sole trading route.

It will raise tens of thousands of pounds for the Lord Mayor’s Appeal and the Woolmen’s Charity.

The event focuses on British wool also helps to raise awareness of the countryside in the heart of the City.

It is organised and hosted by the Worshipful Company of Woolmen which traces its own roots back to 1180.

Book early for the 2019 #SheeepDrive Tickets available from Monday 8th April! We look forward to seeing ewe on London Bridge on the 29th September. pic.twitter.com/cn7gFGNaQP

Mr Portillo said: “The Sheep Drive is a tradition and spectacle that’s always intrigued me. I’m honoured to be invited to this magnificently British ceremony”.

Thirty sheep are provided for the event by a Bedfordshire farmer, with just ten at a time driven across the bridge by successive groups of Freemen.

The animals will be under the observation of their usual shepherd at all times and will be closely monitored by representatives of the City of London’s Animal Health and Welfare Service.

The RSPCA has approved the plans for the event and have been asked to send an inspector.

The event last year saw TV presenter Alan Titchmarsh take command of the sheep. He said it highlights the 'importance of farming and all its produces'.