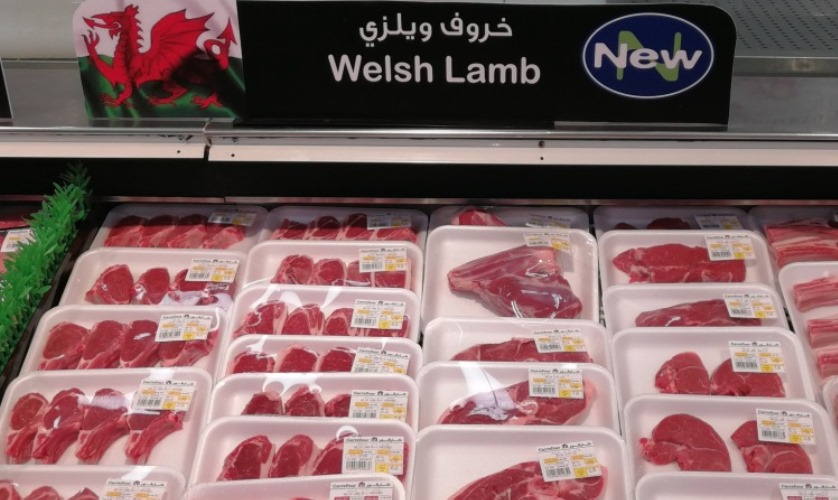 UK red meat exporters have been told to look more at the Middle East market as the region imports around 90% of all beef and lamb consumed locally.

The significance of the Middle East to exporters is rising as figures show shipments of lamb to the region increased 319% between 2018 and 2019.

But the UK only exports a small amount in comparison to other countries, according to AHDB's latest export webinar.

The Middle East has a growing population with a high disposable income – making it a key target market for European exporters.

And while he highlighted the opportunities that exist, Dr Fuseini also spoke about the challenges faced by exporters around certification.

He said: “We recognise the significance of the Middle East and while volumes of lamb are increasing, there is room for us to take a larger share of the 90% import requirements for the region.

"We have seen there is an appetite for UK lamb in the Middle East and we must do more to maximise on the potential opportunities it presents."

He noted that one of the biggest issues faced by UK exporters presently was halal certification, as not all UK-based certification bodies were recognised and accredited.

"It is therefore, vitally important that you choose your certifier wisely as without accreditation, your products will be rejected on arrival."

Dr Fuseini also stressed the important role of meat in the Middle Eastern diet with high levels consumed at social events and festivals.

With the population expected to grow from 250 million in 2017 to 265m within the next few months, he said it was crucial the UK took advantage of the high demand.

The webinar also featured a presentation from Adil Khan, from the Department for International Trade in Dubai, who gave an overview of DIT’s work in the Middle East.

He highlighted the significance of the region, stating that the Gulf Cooperation Council (GCC) was the UK’s second largest export market outside Europe – importing more UK products than China and three-times the volumes exported to India.

Mr Khan also revealed that within the GCC, the United Arab Emirates makes up 40% of UK trade, with sheep meat the most popular red meat, accounting for more than 60% of total red meat consumption.

The webinar also highlighted the work of AHDB to promote the UK’s red meat offering in the Middle East, with plans to attend the popular food and drink trade exhibition Gulfood in February next year.

AHDB has also recently appointed an agent, the British Centres for Business, which is based in the region, to lead on promotional activities for UK products and help raise the profile of UK brands to key influencers and buyers.

Dr Fuseini added: “While we cannot predict what will happen over the next six months with Covid-19, we are hopeful that international travel will resume and we can continue our missions and attend trade shows in 2021.”

The webinar follows the release of figures which show 2019 one of the best years on record for UK red meat exports - a trade now worth more than £1.5 billion.

While the lion’s share is still exported to Europe, strong growth was recorded for all three meats to non-EU countries.