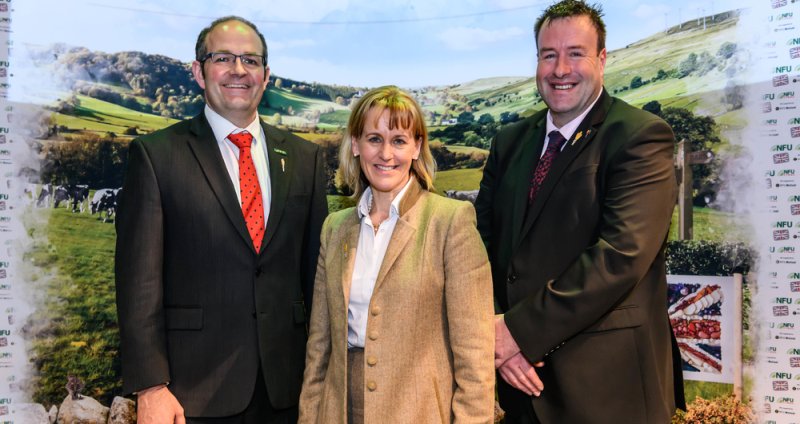 Minette Batters has been re-elected as the NFU's president for a further two years as the union held its officeholder elections.

The Wiltshire beef farmer, first elected in 2018, will serve as president until 2022.

Stuart Roberts was elected the union's deputy president, replacing Guy Smith who had held the post for six years.

The elections took place after the AGM of the NFU Council, a representative body made up of its elected members, following the NFU’s annual conference.

Mrs Batters said she is 'proud' to represent the NFU’s 46,000 farmer and grower members at this 'critical time'.

“The next couple of years are going to be challenging for our sector," she said.

"We need the industry to speak with one voice; whether its campaigning to ensure standards aren’t undermined, or working to lead the charge in producing climate-friendly food.

"I am determined that the NFU will do everything in its power to lead our industry into a profitable, productive and thriving future."

"It is important we demonstrate that British agriculture can be part of the solution to these issues," he said.

"I look forward to working with Minette and Tom as we work towards creating a productive and profitable future for our members."