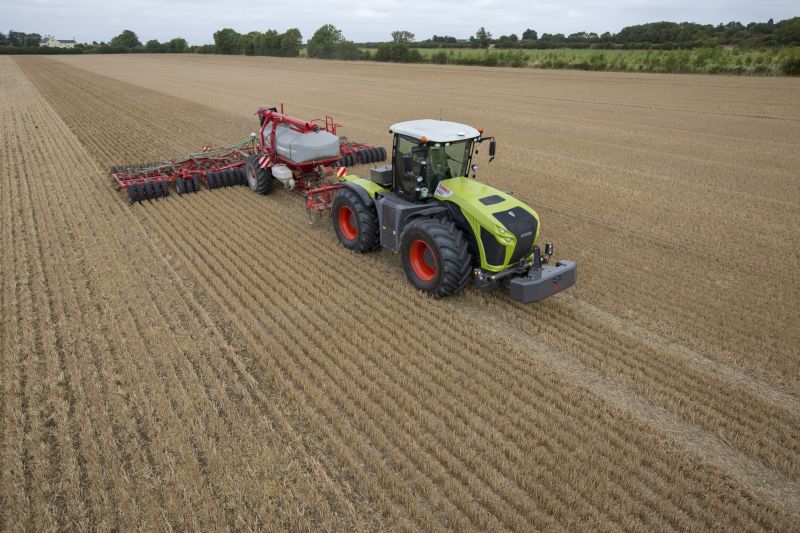 Despite the challenges of flea beetle, farmers are not turning away from growing oilseed rape for several reasons

Oilseed rape growers have painted a mixed picture of 2019 harvest yields as drilling for next year’s crop gets underway.

Some growers have recorded 4.5 to 5.0 tonnes per hectare (t/ha) while others have seen lower yields, with significant differences from field to field.

Where crops have disappointed, cabbage stem flea beetle (CSFB) damage throughout the growing season has been identified as the primary cause.

United Oilseeds managing director Chris Baldwin said: “Despite the challenges of flea beetle farmers are not turning away from growing oilseed rape for several reasons.

“Crops are unlikely to face tariffs post-Brexit and growers are further encouraged by the current ex-farm market price which is above £320/tonne in England and Wales, even before quality bonuses are added.

“There is a buoyant domestic and international demand providing a ready market for the product, which is not necessarily the case for alternative break crops.”

Many farmers’ minds are turning to how they can give oilseed rape crops the best chance to grow away from pests this autumn.

Beckii Gibbs, seed manager at United Oilseeds, said there are a number of strategies growers can employ to give crops the best possible start.

August’s showers in most locations have helped to create moist seedbeds, which is being promoted as an optimum condition for drilling.

She said: “A well compacted seed bed after drilling will retain soil moisture to promote rapid germination and emergence and restrict beetle activity below the surface.”

Planting conditions differ from farm to farm, and while there is always some debate about whether to sow early or late, the prudent time to drill is when the conditions and seed bed are optimum on your farm.

“We have members who have experienced great success and good yields from planting early and from drilling as late as mid-September,” Ms Gibbs said.

“We recommend drilling at between 40 and 60 seeds per square metre, but choosing varieties with proven standing ability and stem stiffness is important so lodging does not become an issue.”

Early vigour is another important factor in encouraging strong crop establishment, and conventional and hybrid varieties with this trait are available.

She said: “Avoid the temptation to use repeated pyrethroid insecticide sprays if your crop does become infested.

“Many of the beetles are resistant and you will end up doing more harm than good by killing off the beneficial insects and arthropods which predate on the beetles, or parasitize the larvae.”

For added assurance, any HOLL seed purchased through United Oilseeds that does not establish before 15 September is eligible for the company’s free replacement seed scheme, subject to certain conditions.

Growers are guaranteed a £25/t premium for HOLL, worth an extra £87.50 per hectare,* before moisture and admixture bonuses. High oil content varieties offer opportunities for good oil bonuses too.