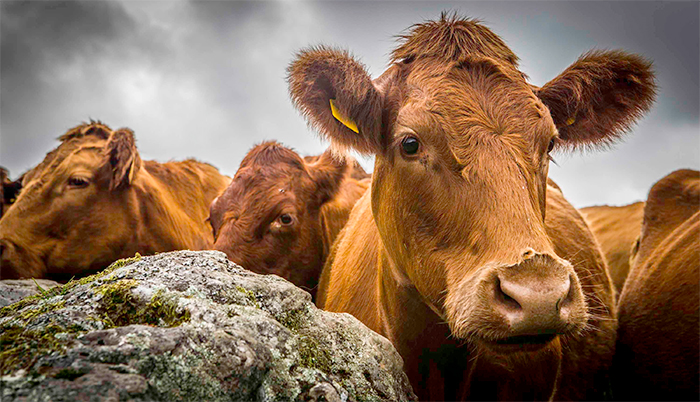 Regular testing for bovine TB could significantly reduce the number of infections in cattle, according to new research by Queen Mary University London.

The researchers tested a region containing around 1.5m cows of which 3000 to 15,000 might have TB. They said culling could account for a reduction of 12 in the number of cattle, while monthly testing reduced the number of those infected by 193.

The model showed that regular and frequent testing of cattle could eventually lead to the eradication of the disease, whether or not badgers were culled, and despite the current test being at most 80% accurate. Badger culling alone, however did not lead to TB eradication in the study and is therefore unlikely to be a successful control strategy.

The model also suggested that housing cattle in large sheds over winter could potentially double the number of infected animals in a herd, as under such conditions there is a much greater chance of TB being passed between cows.

This is the first large-scale model of TB in cattle and badgers that included the possibility of the infection being passed in both directions between the two species. The model successfully mimicked the changing patterns of TB in the UK, including the changes seen after TB controls were reduced during the foot-and-mouth epidemic of 2002.

Researchers Dr Aristides Moustakas and Professor Matthew Evans, of QMUL’s School of Biological and Chemical Sciences, used state-of-the-art computer modelling to understand how the interaction of different factors impacted on infection rates. Such factors included the movement and life-cycles of badgers and cattle; how cattle are moved and housed; how frequently cattle are tested, different types of badger culling; and the infection rates between animals.

The research is published online in Stochastic Environmental Research and Risk Assessment.

Professor Matthew Evans, Professor of Ecology at QMUL, said: “Of the available Bovine Tuberculosis control strategies we believe that how frequently cattle are tested and whether or not farms utilise winter housing have the most significant effect on the number of infected cattle.”

“TB is a complex disease and modelling it is difficult but we’ve successfully used our model to replicate real world situations and are confident that it can be used to predict the effects of various changes in the way we tackle the disease.”

“Our modelling provides compelling evidence, for those charged with controlling Bovine TB, that investment in increasing the frequency of cattle testing is a far more effective strategy than badger culling.”