Morrisons pays tribute to farmers as part of Christmas ad 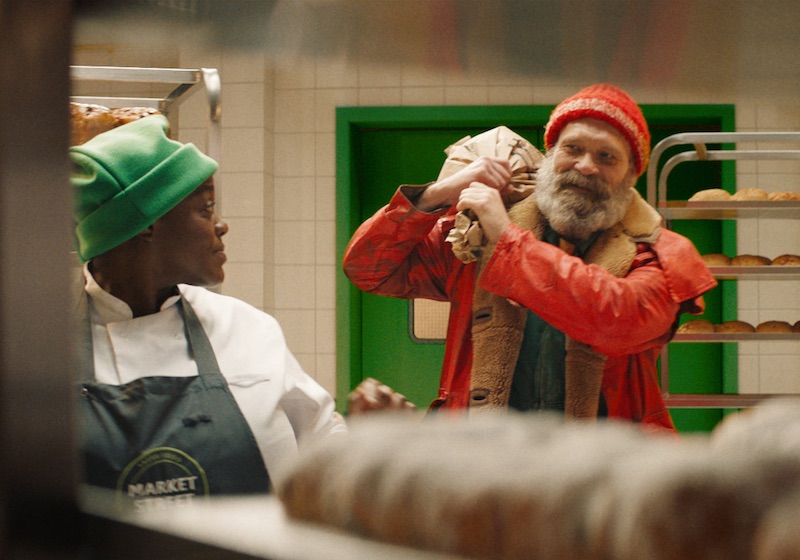 Morrisons has chosen to shine a spotlight on farmers as part of its Christmas advert this year, by introducing 'Farmer Christmas' to the nation.

The retailer's advert will feature 'the other hero of Christmas' as a way of commending British farmers for the work they have done during the pandemic.

The 60 second TV advert tells a tale about Farmer Christmas who works “all year too” in order to deliver food to tables across the country.

The advert follows the friends as they explore North Pole Farm, where the festive food is grown, before spotting Farmer Christmas’ version of a sleigh and the ‘reindeers’ he needs to transport everything.

They then sneak a look into his workshops where ‘magic helpers’ including butchers, bakers and fishmongers are helping to prepare produce.

At the end of their journey, the friends excitedly declare that “he’s been” as they spot a table full of food and sit down to enjoy the Christmas meal with their family and share their new secret.

Morrisons says the Christmas advert is part of its ongoing support for British farmers, with other recent activity including the reduction of seasonal pork prices to help alleviate the pressures faced by pig farmers.

The retailer also it remains committed to only selling 100% fresh British, and since the start of the pandemic, it has also offered farmers a 5% discount.

Rachel Eyre, Morrisons chief customer officer, said: “Told through the eyes of children, our advert reveals the ‘secret’ of the other star of Christmas - not Father Christmas but Farmer Christmas.

"It aims to celebrate and showcase all the hard work, skill and dedication that goes on behind the scenes to grow and make the food for Christmas throughout the year.

"From all the British farmers and growers we work with directly, to our 105,000 colleagues who are delivering, stocking, making and preparing fresh festive food, to bring our customers a Christmas feast for their table”.

The advert premieres on TV today (15 November) on ITVs This Morning followed by spots in The Great British Bake Off and Coronation Street on Tuesday night.