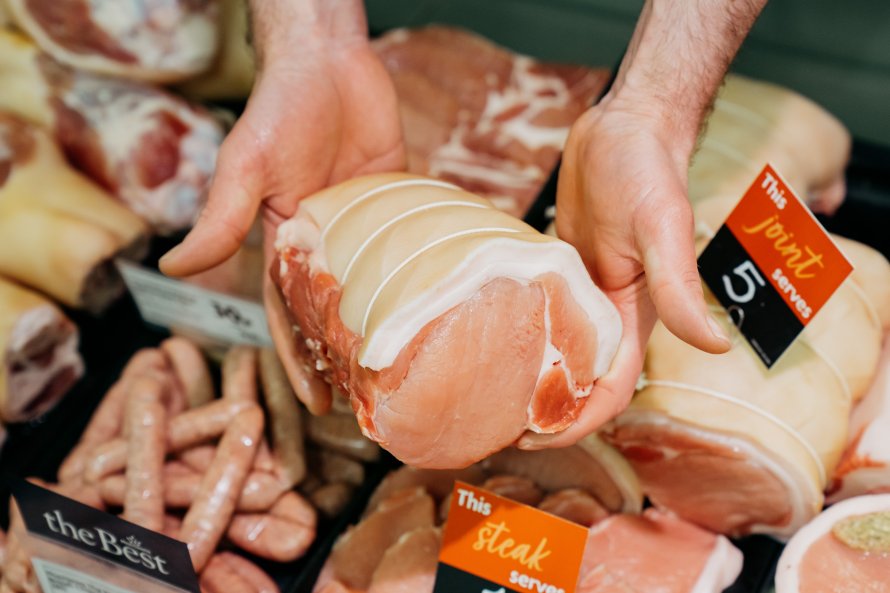 For November, Morrisons has reduced the price of seasonal cuts of pork, such as joints, chops, bellies and steaks

Morrisons has reduced its pork prices and increased the amount of meat it prepares as part of new measures to help the country's struggling pig farmers.

The retailer has cut the price of seasonal cuts of pork - such as joints, chops, bellies and steaks - to encourage customers to support farmers and buy more pork products.

Britain is a significant exporter of pork. However, in recent months a labour shortage of skilled workers, as well as increased difficulties in exporting, has left the sector with a growing backlog of pigs.

Looking to alleviate the issues, Morrisons has slashed pork prices across its Morrisons Market Street counters for November to help drive customer demand.

For example, Morrisons British Bone In Pork Loin is now £3 per kg, Pork Shoulder Steaks are £2 per kg and a six pack of Best Thick Pork Butcher Counter Sausages is now £1.

Morrisons said it had already changed its meat cuts because stock was growing larger on farms before reaching meat preparation sites.

The supermarket added that it had invested more in automating processing sites while adopting new ways of working to enable it to take up to 3,000 more animals per week.

In addition to supplying more pork to stores, throughout November its meat sites will be supporting the wider pig sector by supplying pork for sale outside of Morrisons.

This meat will either be exported outside of the UK or sold domestically to smaller butchers as whole carcasses, the company explained.

Sophie Throup, head of agriculture at Morrisons, said the pig sector was struggling: "As a meat producer as well as a retailer we believe we are well placed to help.

"We will therefore be offering our customers great deals on pork throughout the month, as well as trying to help the whole industry to prepare more meat.”

Mr Mutimer said: “The NPA is delighted that Morrisons continues to support the British pig sector with their proactive approach in finding solutions to help alleviate the difficulties our farmers still face.

"Anything retailers can do to promote British pork to their customers is warmly welcomed.”