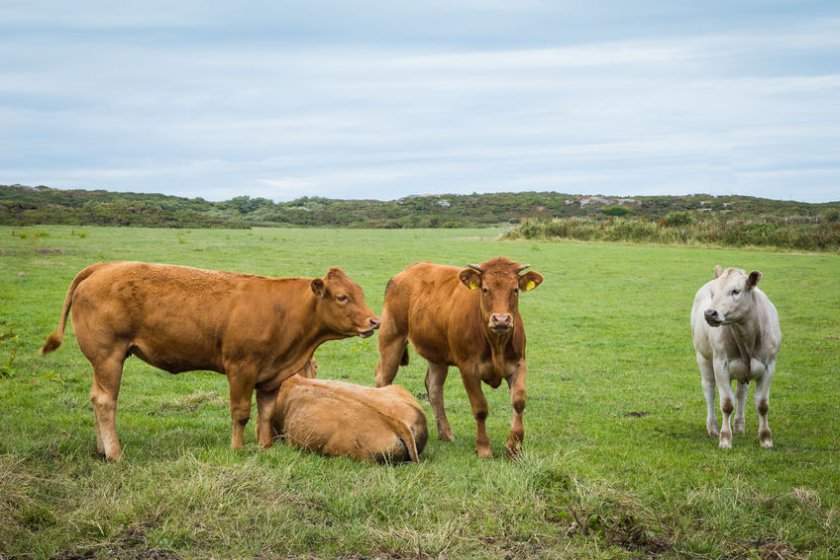 MPs have acknowledged and celebrated the high standards of British meat and dairy production during a recent Westminster debate.

The debate, which was held on 28 April during Great British Beef Week, saw numerous parliamentarians highlight the benefits of British-produced food.

Some urged the government to provide more support for farmers through public sector procurement of food and Environmental Land Management schemes (ELMs).

Ahead of the event, the NFU highlighted to MPs that not all red meat and dairy production around the world was the same.

The union told MPs that farmers were proud of their high standards of production, with many aiming to farm in a way that was as climate friendly as possible.

Tory MP for North Devon Selaine Saxby, who secured the debate, said: “I am fortunate to represent North Devon, home to 475 NFU members, including 95 dairy farmers and 323 livestock farmers.

“Historically, there was far less choice in the food we consumed and our reliance on home-grown produce was significantly greater than it is today.

At this afternoon's debate on British meat and dairy products, @SelaineSaxby MP used her opening remarks to highlight the importance of buying local, nutrituous and climate-friendly meat and dairy ?? #BackBritishFarming ????????? pic.twitter.com/v1qE0ZkvjB

"If the pandemic has taught us one thing, it is that it is good to be able to produce at home what we need, and we all need to eat.”

Ms Saxby also used her speech at the start of the debate to highlight the importance of buying locally and seasonally to lower the environmental footprint of the food.

"This government will always support our farmers and producers, not only during Great British Beef Week."

She added that the Conservatives had a manifesto commitment that wanted people at home and abroad 'lining up to buy British'.

"We are working closely with the AHDB, and members may have noticed that we had a number of successful campaigns during the pandemic.”

During his opening remarks, Mr Zeichner commended farmers, and all those working in the food supply chain, for their resilience throughout the pandemic.

Shadow Agriculture Minister @DanielZeichner spoke earlier in the week about the NFU's target for British ag to be #NetZero by 2040, and called on government to provide more support for farmers to reduce emissions ??
Thank you for continuing to #BackBritishFarming Daniel ????????? pic.twitter.com/bJ5pzlz7Ga

“[Meat and dairy] are vital industries that are crucial to our food security, to tackling climate and nature emergencies," he said.

"They proved remarkably resilient through the pandemic. I pay tribute to all those involved: farmers, processors, retailers and shop workers.”

Mr Zeichner then went on to call on government to offer more support to British meat and dairy through public procurement.

“Supporting British farming means buying more British produce, which means looking at the public sector and the £2.4bn a year spent on catering, and thinking about how more can be spent with British farmers.”