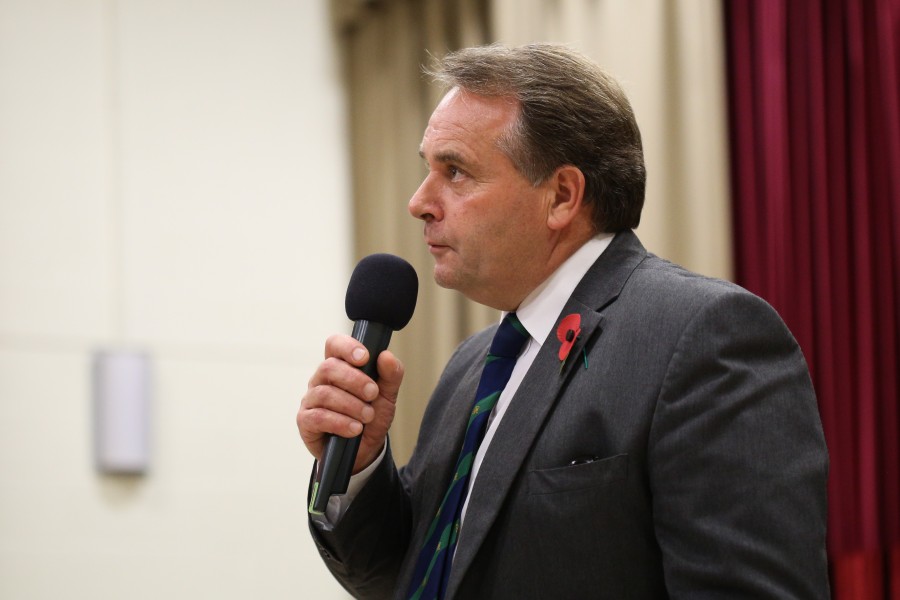 Neil Parish MP, chair of the EFRA committee, says dairy farmers have been 'hit hard' by the ongoing Covid-19 crisis

MPs are calling for evidence to find out whether the government's Covid-19 interventions created to help dairy producers had been 'sufficient and fair'.

A call for evidence has been announced by the Environment, Food and Rural Affairs (EFRA) Select Committee on government support for the sector during the crisis.

The cross-party group of MPs want to gain insight over the next few weeks into the issues affecting British dairy, with an initial deadline set for 15 July.

Chair of EFRA, Conservative MP Neil Parish explained that the industry had been 'hit hard' by the coronavirus lockdown.

The sector has witnessed a reduced demand for milk with the closure of restaurants, bars, and cafes as a result of the virus's impact.

"Our coffee shops and restaurants closed abruptly with a huge knock-on effect on the supply chain," Mr Parish said.

"Over the past few months we have seen demand for milk change dramatically, and prices slashed for many farmers."

Mr Parish said his committee wanted to analyse if any ongoing issues affecting the dairy sector had been overlooked by government.

"We are determined to find out whether government interventions made to help dairy farmers have been sufficient and fair, so we are seeking evidence from the sector in the coming weeks."

The dairy sector has raised concerns over the lack of information from the government regarding its dairy response fund's eligibility criteria..

The hardship fund calculates eligibility based on a simple calculation on the milk price paid during the pandemic, rather than lost income.

Because of this, the Royal Association of British Dairy Farmers (RABDF) said the fund did not support producers who were in serious need of financial help, such as those farmers who had to dump milk.

There is also industry disappointment over the hardship fund's exclusion of the non-bovine sector.

What does the committee want to explore?

The EFRA committee is looking for evidence from farmers and those in the dairy sector in three key areas:

• How has the pandemic affected the dairy industry and dairy farmers, and why did it need extra support compared to other agricultural sectors?

• What impact have the other government actions to support the industry, for example the relaxation of competition law announced in April, and the Intervention and Private Storage Agreement schemes administered by the RPA had?

• Whether the dairy response fund is a proportionate and fair response to the issues faced by dairy farmers? Are there specific weakness in its design, and if so how could they be addressed?