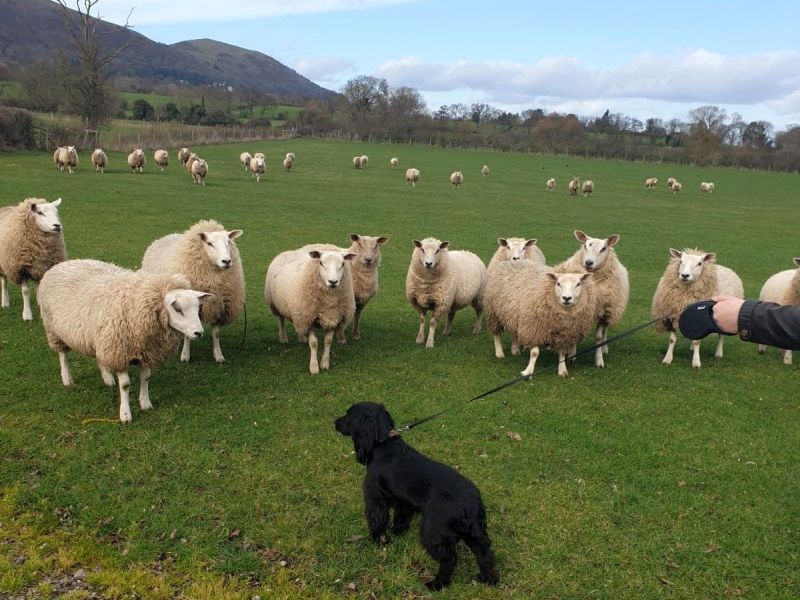 The livestock worrying bill seeks to increase the maximum penalty to a fine of £5,000 or imprisonment for six months

A draft Scottish law which would increase the penalties for dog owners whose pets chase, attack or kill livestock is to be considered by a Holyrood committee.

A call for views has been issued on the new bill which aims to 'strengthen and update the law' in relation to livestock worrying in Scotland.

It comes as recent figures by NFU Mutual show that cases of livestock worrying across the UK cost British farmers £1.2 million last year.

A survey by the insurer found 63% of dog owners allowed their pets to roam free in the countryside, despite half admitting their dog did not always come back when called.

This confirmed farmers’ fears that a significant number of the public were letting their dogs roam free unsupervised, NFU Mutual said.

Looking to combat the crime in Scotland, the new member’s bill, introduced in the Scottish parliament by Emma Harper MSP, would provide additional powers for the investigation and enforcement of the offence.

It seeks to increase the maximum penalty to six months’ imprisonment, a fine of £5,000, or both.

It would also allow a court to make an order disqualifying convicted persons from owning a dog, or preventing them for taking dogs onto farmland where livestock is present.

The bill would provide police with new powers to seize a dog for the purpose of identifying its owner or gathering evidence.

It would also further extend the definition of 'livestock' to reflect a more up-to-date list of the species now farmed in Scotland, such as llamas, alpacas, ostriches, farmed deer, buffalo, and enclosed game birds.

“Emma Harper believes the current law in relation to livestock worrying is out of date and that tougher enforcement powers and penalties are needed to act as a deterrent.

“The purpose of the committee’s call for evidence is to understand the need for further legislation in this area and to seek views on whether the additional powers and increased punishments proposed are sufficient and proportionate.”

Farmers and landowners are urged to send in their views to the Rural Economy and Connectivity Committee by emailing rec.committee@parliament.scot by 28 August 2020.

What is included in the bill?

The Dogs (Protection of Livestock) (Amendment) (Scotland) Bill aims to:

• Increase the maximum penalty to a fine of £5,000 or imprisonment for six months

• Give the police greater powers to investigate and enforce livestock worrying offence, including going onto land to identify a dog, seize it and collect evidence from it

• Allow other organisations to be given similar powers

• Rename the offence as that of “attacking or worrying livestock”, with the intention of emphasising how serious it can be.