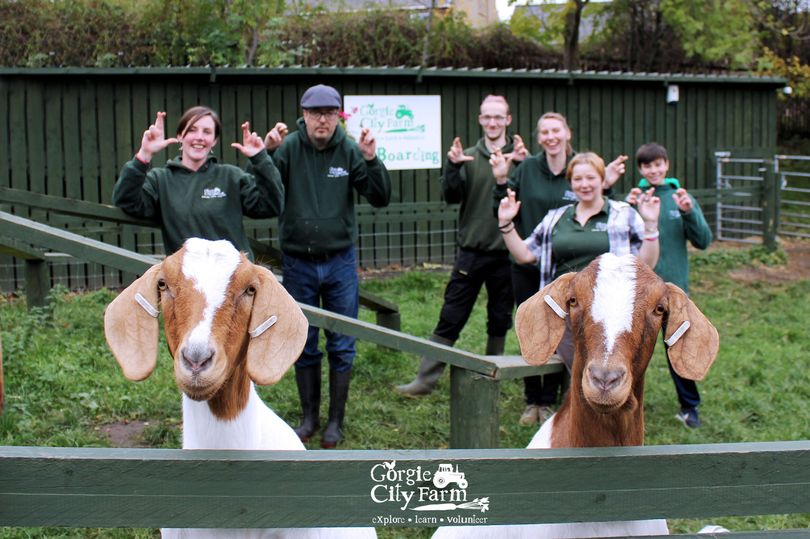 The popular urban farm, which keeps a range of livestock, has received a significant financial boost (Photo: Gorgie City Farm/Facebook)

A mystery donor has contributed £20,000 to a crowdfund that aims to save a popular Edinburgh city farm from closure.

Gorgie Farm, one of the last urban farms in Scotland, closed earlier this month after going into liquidation, resulting in 18 job losses.

A crowdfunder campaign was set up by former members of staff to save the popular farm from closing.

Now, it has been revealed by former staff members of the farm that anonymous benefactor contributed £20,000 to the cause.

On a Facebook post dating Wednesday (20 November), former staff said: “Dear Edinburgh and beyond, the GoFundMe page is now at an incredible £92,665.

“This morning an anonymous person donated £20,000. Who knew 18 days ago that we could be so strong together?

“We can now add 92,665 more reasons to our list of why this farm is so important to the community.”

Other donations received range from neighbouring countries like Ireland to down under, in Australia.

Set up 40 years ago to promote social cohesion and opportunities for disadvantaged urban people, the farm keeps a wide range of livestock and pets.

The City of Edinburgh Council funded the initiative, along with various trusts and individual donors.

The farm had previously been saved from closure. In 2016, a crowdfunding campaign raised more than £100,000 to stop it from shutting its doors.