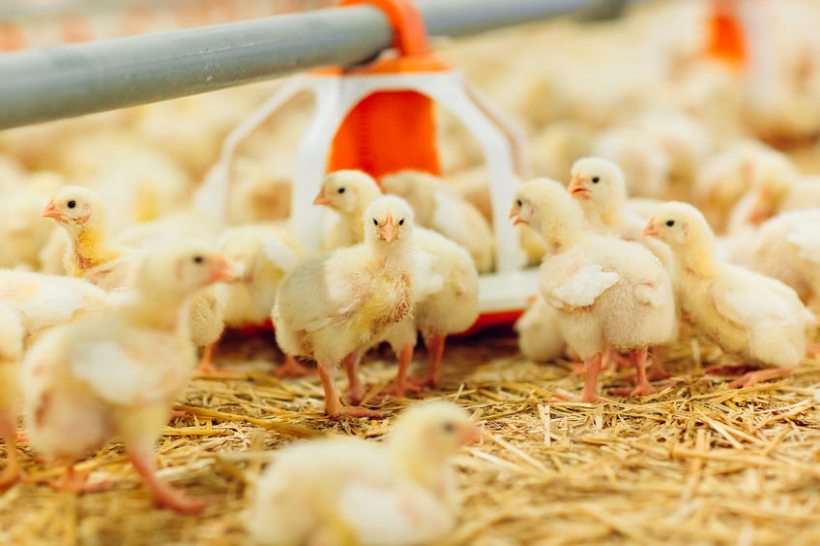 They found that the method significantly improved bird weight gain and increased the feed intake of broilers compared to those which were given an inorganic zinc form.

Digestibility was also improved, along with a some positive impact on tibia strength, the Nottingham Trent University study, published in the journal Animals, shows.

For welfare reasons, the improvement in growth rate of modern broilers needs careful management, to avoid skeletal issues during rearing such as lameness and lameness-related culling, and issues during processing – so the concurrent improvement in bone strength alongside improved weight gain was an important finding.

Due to their small size, supplying the minerals in nano form increases their bioavailability, meaning they are more effectively delivered to the body. And coating them with amino acid further supports their uptake.

Many plant and animal sourced poultry feeds contain zinc, but they also commonly contain substantial quantities of phytate, which binds strongly to zinc preventing its absorption in the gastrointestinal tract.

This lowers the bioavailability of zinc in these diets to below the requirements for healthy growing poultry.

Zinc deficiency in poultry has been shown to cause slow growth, shortened and thickened legs with an enlarged hock and frizzled feathers. To negate these effects, poultry diets are routinely supplemented with additional zinc.

"It is great to find a low-cost way of making zinc highly digestible," she said, "This means we can now use small amounts of zinc very efficiently, so the risk of polluting the environment with unused zinc in poultry manure is lowered.”