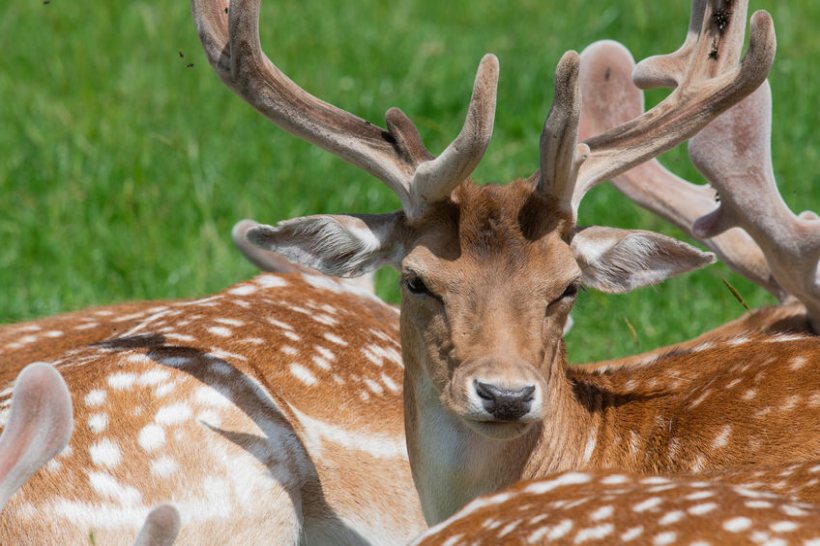 Bovine tuberculosis was first detected at the Gloucestershire park in 2007

The National Trust has reported high levels of bovine TB in deer located at Dryham Park, leading the organisation to cull the entire herd.

The 70 deer which grazed the historic Gloucestershire park were humanely culled by estate staff, the Trust said in a statement.

Despite efforts to try to control the disease, infection rates have continued to rise since it was first detected on the site in 2007.

The National Trust said measures undertaken included a badger vaccination programme and putting an end to cattle grazing in the park.

"We are very sad to report that due to high levels of bTB detected in our deer that we have had to cull the entire herd at Dyrham Park," a park spokesperson said.

"Despite our efforts to try to control the disease which has included taking advice from government agencies and other experts, infection rates have continued to rise.

"We have therefore sadly been left with no other choice but to cull the deer in order to prevent any further suffering due to this terrible disease."

The Dryham Park spokesperson said the health and welfare of the deer herd had always been the estate's number one priority.

The spokesperson added that all of the park's staff and volunteers were 'devastated' by the decision to cull the 'much-loved' herd.

"We do have every intention to rid the site of bTB and will reintroduce the deer to this historic parkland setting as soon as we are able."