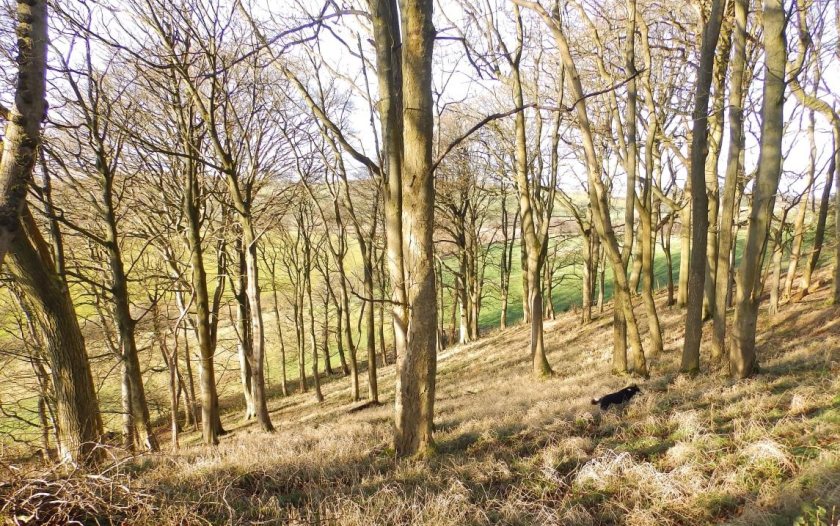 A Welsh sheep farmer is harvesting wood to power a biomass boiler and to sell as woodfuel while adopting natural regeneration techniques to replace those trees.

Huw Beech has a 12.5 hectare woodland at Plas yn Iâl, a 75 hectare farm near Llandegla in Denbighshire.

The woodland, part of a CADW Registered Historic Woodland and Parkland, has been unmanaged for 65 years.

Mr Beech is working with the industry's Farming Connect scheme, funded by the Welsh government, on a focus site project.

It seeks to utilise an approach to forest management where the canopy is retained while individual or small groups of trees are removed at certain times.

This technique, known as continuous cover forestry, allows light to reach the forest floor, to encourage new seedlings to grow.

This will allow him to generate an income by selling the wood as fuel locally and to meet the needs of his own boiler whilst improving the woodland’s environmental benefits.

The project adviser is forestry expert Phil Morgan, director of Sustainable Forest Management and SelectFor, who has been providing support.

Mr Beech said that the driving force for him to actively manage the woodland had been the replacement of three conventional boilers in the large farmhouse with a 70kW biomass boiler.

As part of the project, areas of the woodland, known in forestry terms as ‘stands’, have been surveyed with techniques that will include drone technology.

Certain trees are being removed to allow light through. With the bigger trees removed, smaller and medium size trees will grow to replace the void.

“The best quality stems need to be retained, they don’t have to be the biggest. Target trees with defects," Mr Morgan advised farmers considering similar actions.

“Taking out the bigger trees will create enough space for regeneration and will allow diffuse light to get in."

The effect of light being excluded from the forestry floor at Plas yn Iâl is evident in a part of the woodland where stock had been excluded for 18 years but where there had been no natural regeneration.

The canopy was closed because the stand was largely populated with large beech and sycamore trees and light was unable to get through.

“The canopies of big trees are so vast that they prevent light getting in," explained Mr Morgan.

The focus site project has changed how Mr Beech views his woodland - he previously regarded it as a liability.

“We have learned that if you manage your woodland in the right way you increase production. We now see our woodland as an asset," he said.