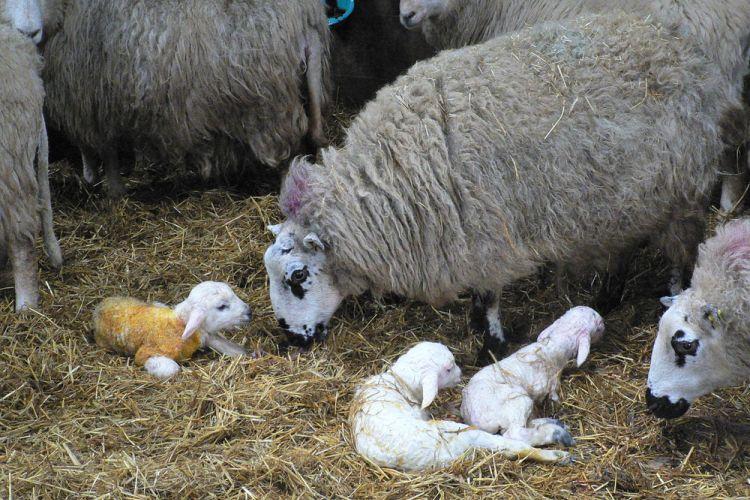 Research looking at neonatal survival in lambs has added to the evidence that the nutritional status of ewes is crucial to a successful lambing season.

Poor body condition and energy balance in ewes in late pregnancy is known to affect new born lamb survival, however the impact of ewe protein status on lamb survival is less well studied.

Initial findings from a research project has shown that blood albumin in ewes, a measure of long-term protein balance, is an important indicator of lamb health and survival.

As part of a larger study examining neonatal survival, a metabolic profile was conducted on every ewe in a well-run flock.

Whilst energy balance across the flock was good, long term protein balance, as measured by blood albumin, was variable.

Ewes that lost one or more lambs between scanning and 24 hours old had lower blood albumin levels than those that did not lose a lamb, indicating that poor long-term protein status is an important factor for new-born lamb survival.

Furthermore, lambs that needed help with colostrum feeding also came from ewes with lower blood albumin concentrations, suggesting that the effects of ewe protein status were not just confined to mortality during pregnancy and birth.

The aim of the research project is to benchmark, define the risk factors for and propose an integrated control plan to improve survival and reduce morbidity and antibiotic use in neonatal lambs and suckler calves.

“Colostrum and hygiene are vital for a successful lambing,” explains Dr Rebekah Stuart of the HCC.

“Lambs need a sufficient quantity of good quality colostrum within the first few hours of life. In order to provide this, ewes require a diet which meets their nutritional requirements in the final weeks before lambing.”

She adds: “The best ration may not attain results if ewes do not have enough feed space. Insufficient feed space can provoke hierarchical behaviour which could restrict dry matter intake.

“Sheep recognise others in their social group and prefer to be in groups of less than 50, where group size is higher it is recommended to increase feed space, to allow social groups to form and ease stress.”