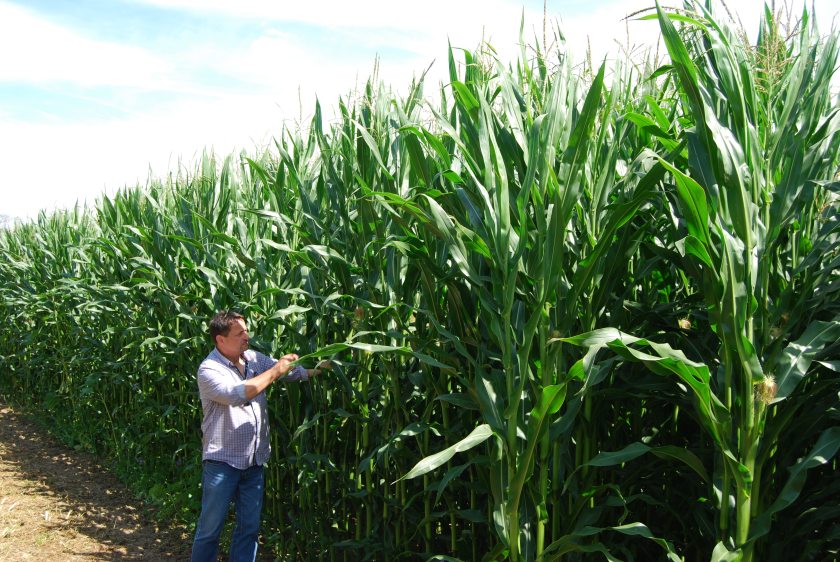 "The variety proved that it is up there with the best performing varieties in the late maturing category," Mr Brundle explained.

"Dry matter yield is the most important factor when selecting varieties for biogas production and the initial results and customer feedback certainly seem to confirm Neutrino’s credentials."

Feedback from Hutchinsons agronomists, combined with Elsoms trial results, has led to a significant increase in demand for seed this year.

The market for later maturing varieties grown on favourable sites in both the East and South East looks an ideal target for its agronomic qualities.

Henrietta Wells, Energy Crop Manager with Elsoms Seeds, who market Neutrino in the UK, has monitored the development of the variety closely.

She explains the background to the recent success: “Elsoms have been involved in developing maize varieties specifically suited to the UK market for over 20 years.

"We are now able to offer a wide range of varieties with FAO (maturity ratings) of 180-230 to suit all farming systems and end markets."

Neutrino was originally entered onto national list trials in 2018 and subsequently became the highest yielding variety on the list, at 21.60 DM Yield (MT/ha).

In replicated UK trials across 3 years it has consistently shown high yields, an average dry matter percentage of 35% at late September forage with an average fresh yield of 55-60T/ha.

Ms Wells said: "With an FAO of 230 it’s a late maturing variety that can be harvested later in the season and its high vigour means it can be drilled early, spreading maize drilling.

“It has good lodging and brackling resistance ensuring a safe harvest and excellent ‘stay green’ scores, so yield will keep rising until harvest.

"Hutchinsons have supported Neutrino in its commercial development in the UK and I’m delighted that their belief has led to early commercial success for their customers.

Whilst this early success confirms Neutrino’s suitability for the Eastern region, average fresh yields of 49T/ha achieved in 2020 trials at Lackham in Wiltshire also highlight its yield potential and suitability for growers in the South West.

"We have some great material coming through now with new maize varieties like Neutrino being the start of a different way of thinking about getting the highest production from energy crops in the UK," Ms Well added.