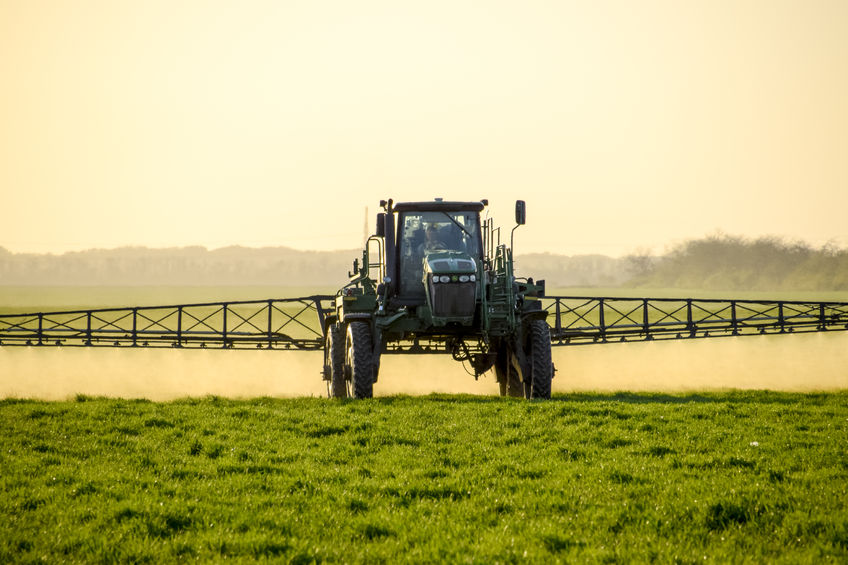 A new briefing has been sent to parliamentarians on the potential health risks associated with pesticides, as well as their regulation post-Brexit.

Nicole Kennard, a University of Sheffield PhD researcher, acquired evidence from over 50 experts in the field, including Public Health England, Defra, and devolved governments to co-author a brief for MPs on the potential health impacts of pesticide use.

The result is an impartial summary on the potential impacts and health risks associated with pesticide use, as well as the possible issues that may arise with their regulation following Brexit.

The briefing notes that over 70 percent of the total land area in the UK is agricultural, and three quarters of this is estimated to be at risk of some form of pesticide pollution.

This is a timely POSTbrief as the UK’s regulatory bodies begin to review new pesticide applications post Brexit, and how these processes will work now that UK regulators are conducting reviews and public consultations on their own, outside of the EU structure.

Additionally, as the UK begins negotiating new trade deals, there is speculation about whether or not it may change its regulatory approaches from the current EU framework to more streamlined approaches that closely resemble other countries in the world, such as the US and Australia.

Whether UK pesticide regulations will change and how remains to be seen, as the government has committed to not compromise on food safety standards in trade deals.

The brief also looks at EU pesticide regulations, which are some of the strictest in the world. In its Farm to Fork Strategy, the European Commission has proposed to cut pesticide use by 50 percent by 2030.

The UK plans to set pesticide risk reduction targets in 2022, but what these will be is still unknown. There is ongoing debate among stakeholders about whether the UK should continue to conform to the same levels of regulation as the UK previously did as a member state.

The UK still currently follows these regulatory levels as retained EU law, but this may change in the years to come, the briefing notes.

The rigorous assessment process that pesticides must go through to be approved both locally and internationally is also discussed.

According to the report, it costs companies almost US$300 million and usually takes over a decade to develop a pesticide product and bring it to market.

Companies must prove no harmful effects on human health and no unacceptable effects on the environment for substances to be approved.

The assessments for new pesticides and pesticide renewals specifically consider the risks to more susceptible groups such as children, those working with pesticides, and people who live or walk near pesticide-treated areas.

Once they are approved, legal limits are set for the maximum amount of pesticide residue allowed in foods.

Levels of residues in food are constantly monitored in the UK, and the brief says exceedances in foods are very rare and rarely result in any likely health concerns for consumers.

Although pesticides have not been established as a direct cause of any health problems, the report shows that growing research suggests that they appear to have been associated with a 50% increase in parkinson’s disease for workers and farmers who are exposed to pesticides far more often than the general public.

There have also been associations between maternal exposure to pesticides during pregnancy and rises in childhood cancer, it explains.

However, as people are subjected to so many different pesticides and chemicals every day, the report says it is difficult for research to link pesticides to specific health issues at this time.

Moreover, some of the studies analysed in systematic reviews also include pesticides now prohibited in the UK and Europe that are still used in other parts of the world.

Nicole Kennard, author of the POSTbrief said: “We don't know exactly how being exposed to low doses of pesticides, through the environment, water and food impacts our long-term health, or how these pesticides interact with each other and other chemicals - something often termed as the ‘cocktail effect’.

“It is a very difficult area to study because we are all exposed to such a wide range of chemicals every day. So far, it has not been proven that pesticides are a direct cause of any specific health impact, but this does not mean that they couldn’t be.

"There are associations between pesticide exposure and increased health risks for certain pesticides. Research is still growing in this area.”