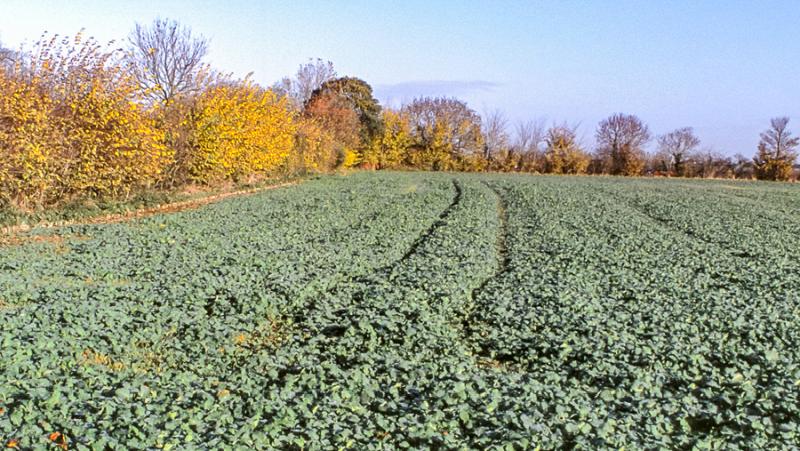 Farmers growing winter oilseed rape will have a new broadleaf weed herbicide at their disposal this spring.

Korvetto, made by Corteva Agriscience, is now registered for use in England, Scotland and Wales and will be available to farmers in time for use from 1 March.

It has excellent activity on the weeds that steal yield and cause issues at harvest time with robust control of cleavers, mayweed and thistles in particular.

The herbicide has good activity on a broad range of other problem weeds including cranesbill and poppy.

It contains Arylex Active – the same active ingredient used in the recently launched autumn herbicide Belkar – in formulation with clopyralid.

“Korvetto will be a very good option for UK farmers because it will control many of the weeds found in oilseed rape crops as daylight hours increase and temperatures rise.”

Corteva’s Galera (clopyralid + picloram) has played a leading role in most spring-applied oilseed rape herbicide programmes for many years.

But Mr Sellars says Korvetto represents a step-change in performance over Galera: “Both contain clopyralid but Korvetto is significantly beefed up by the inclusion of Arylex – the unique herbicide molecule which is being introduced into a number of crop sectors.

“The inclusion of Arylex allows farmers to cover a wider spectrum of weeds while gaining a higher level of control.”

The application window mirrors Galera – 1 March to growth stage BBCH50 (flower buds visible above the crop) – but the added strength of Arylex in the formulation means Korvetto has strong activity on those familiar ‘red-faced weeds’ that become visible above the crop as the season progresses.

There are no following crop restrictions, and farmers are free to use Korvetto if they have applied a post-emergence herbicide in the autumn such as Belkar or AstroKerb.