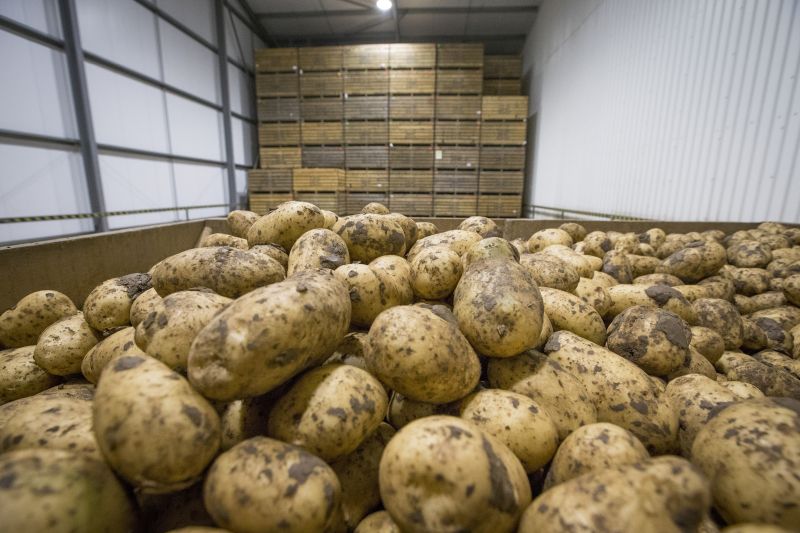 The certification scheme, Safe Haven, has recently been reviewed and updated to cover areas such as closer monitoring of water use and crop storage.

Administered by Red Tractor, the scheme protects against any pest or disease that can be imported or introduced by seed.

The seed potato sector is important for the British potato industry as a whole as seed potatoes are a valuable export commodity.

UK seed and fresh potatoes exported between July 2019 and June 2020 were worth just under £113m, with seed potatoes representing a large proportion of this figure.

The scheme's amendments include water use, tools, and equipment, transport, contracted or shared machinery, grading and packing, storage, and traceability.

Safe Haven will also now cover the disease Brown Rot and pest Epitrix, in addition to the existing coverage of Ring Rot and Dickeya.

The AHDB welcomed the changes, saying they reinforced the value of the scheme in supporting individual businesses and the long term health of the British potato industry.

Patrick Hughes, AHDB head of export trade development said: “It is important to regularly review the standards to ensure they are fit for purpose and keep pace with the changing environment we operate in.”

“We work closely with important export destinations for British seed and know that our customers in countries such as Egypt, Israel, and Thailand recognise the standards and the security Safe Haven offers.

“Safe Haven will play an increased role after the transition period for exiting the EU ends, safeguarding existing markets and helping us to develop future opportunities with international markets.”

What is included in the updated standards?

There are three key areas of emphasis in the updated standards:

• Enhanced traceability controls to allow for informed decisions to be made and to flush disease-affected stock out of the system.

• Water: identified as a key vector for the transfer of bacterial pathogens, particularly Brown Rot and Dickeya species. While irrigation of seed potatoes is relatively unusual, selection and management of water is a key risk-reduction step.

• Seed storage: identified as an important element of the process and an area of particular risk.