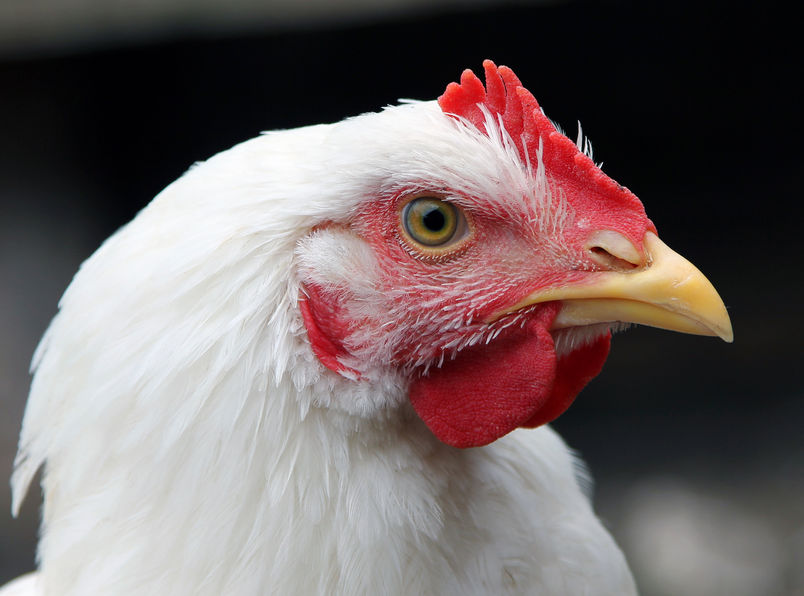 Receiving gut microbes from resistant chickens does not lessen chickens’ susceptibility to bacterium that causes food poisoning, scientists found
Sign in to add your own press release SIGN IN Register

Transplanting gut microbes from chickens that are relatively resistant to Campylobacter bacteria into those that are susceptible does not improve resistance, a study shows.

The findings were labelled 'unexpected', as they contradicted previous studies in mice, scientists at the UK's Roslin Institute found.

Campylobacter is a leading cause of food poisoning in people and is commonly found in chickens.

Infections are a serious problem in people, resulting in diarrhoea and severe complications in some cases.

Up to 80 percent of cases are caused by consumers handling and eating contaminated chicken meat.

Each year, it is estimated that more than half a million people in the UK are infected with Campylobacter and the disease costs the country approximately £50 million.

Surveys have shown that a high proportion of fresh retail chicken is contaminated with Campylobacter and strategies are needed to tackle this issue.

To determine the types and numbers of microbes present, scientists analysed the genetic makeup of gut microbiota from chicken lines with different resistance to the bacteria.

Transplanted gut bacteria only survived in the susceptible chickens for a limited time and those chickens became even more susceptible to Campylobacter, the scientists were surprised to find.

Researchers made use of the unique poultry lines held by the National Avian Research Facility at the Roslin Institute.

Dr Cosmin Chintoan-Uta, study co-lead at the Roslin Institute, said: "Given the results of previous studies in mice, we thought that inherited differences in resistance to gut pathogens might be transferable by transplanting gut microbiota from chickens that are resistant to chickens that are susceptible."

Trong Wisedchanwet, study co-lead, added: "We were surprised to find that while heritable differences in resistance of chickens to Campylobacter exist, these are not explained by significant variation in the gut microbiota."

The results of the study, funded by the Biotechnology and Biological Sciences Research Council, are published in the journal Applied and Environmental Microbiology.