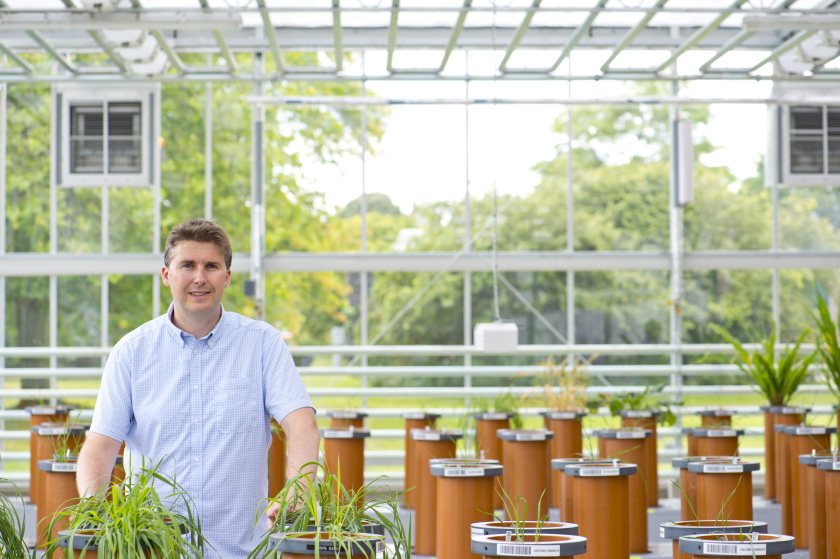 Scientists have discovered a signal that causes roots to stop growing in hard soils which can be ‘switched off’ to allow them to punch through, a finding which may have ‘huge implications’ for agriculture.

Researchers from the University of Nottingham have discovered that roots do not stop growing in hard soils because of physical obstruction, but instead as a reaction to the plant hormone ethylene.

Ethylene is given off by plant roots, but in compressed soils is more likely to stay concentrated around the root, triggering a response by the root to stop growing.

The scientists believe that developing varieties that are less sensitive to ethylene will allow roots to continue growing in harder soils and potentially punch through to untapped resources.

This could prove to be a gamechanger, with hard and compacted soils a major challenge for modern agriculture that can reduce crop yields over 50% by reducing root growth.

Professor Malcolm Bennett is a plant scientist from the University of Nottingham, who has been leading this research alongside Professor Sacha Mooney, an expert in soil physics.

They have been working together for ten years and say that their collaboration has been crucial.

“The benefits of plant and soil scientists working together is illustrated by our paper’s discovery that plants sense soil compaction through assessing the external structure of the soil surrounding the root," Prof Bennett said.

Prof Mooney runs a research group at the University of Nottingham that uses X-ray scanners to look at plant roots in situ, meaning the relationship between the roots and the surrounding soil structure can be properly studied.

This has allowed them to make what is a very surprising discovery: “Everyone expected that plants would detect compacted soil using some form of mechanical sensors.

"But instead, roots actually monitor changes in levels of the gaseous signal ethylene, which is something completely unexpected.

"Roots constantly release ethylene, but it is not able to diffuse away in soil that is more compacted due to the compressed pore spaces, eventually causing roots to stop growing”, Prof Bennett said.

The pair said that they did not actually set out to find compaction resistant crops but came across this discovery during their research.

“The initial breakthrough came when Bipin Pandey (a researcher in the team) showed me pictures of roots grown in compacted soils that looked just like they had been exposed to ethylene”, he added.

“The obvious next step was to see what happened when we grew roots that are less sensitive to ethylene in compacted soil, and to our amazement found they were able to punch through the hard soil”.

The obvious next stage is to use the new knowledge about ethylene to breed crops that are compaction resistant.

Prof Bennett explains that the work they have done so far has been on plants which are easy to genetically manipulate.

He said: “We initially worked on rice as it provides a model for cereal crops and Arabidopsis which is a close relative of oilseed rape. 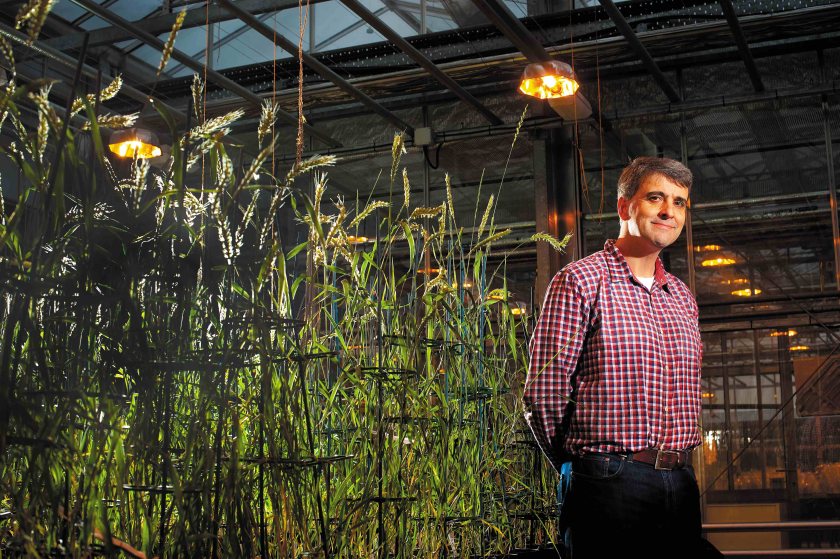 "These are very different plants, separated by over 100 million years of evolution, yet they both use the same ethylene based mechanism to sense soil compaction.

"This gives us confidence that altering ethylene sensitivity in plants will deliver resistance to compaction in many major crop types. The next stage is rolling it out into wheat and other cereal crops.”

Professor Mooney flagged that they also need to test their discovery on a wider range of soil types because not all soils compact in the same way.

“We have done most of our testing on loamy sand soils and some clay textured soils, but we need to further investigate what happens on a wider range of soils, such as silt based soils, to see what impact that has”, he said.

Now that the scientists know about the ethylene response, there is the potential to use genetic engineering to create less ethylene and compaction sensitive varieties.

Professor Bennett said: “To use these technologies would be really interesting, subject to public acceptance.

"For example, we could use gene editing to switch off the ethylene response just in the tissue that is important for soil compaction responses”.

Why is this transformative?

This technology holds huge potential for farmers in the UK. Europe has over 33 million hectares of soil prone to compaction which represents the highest proportion in the world, according to researchers.

“The irony is that people tend to focus on the issues in the developing world, but this is a major issue in the developed world”, Prof Bennett said.

Prof Mooney noted that: “Soil compaction in Europe is some of the worst anywhere in the world and is slow in the uptake of conservation agriculture approaches compared to other regions”.

There are also climate change benefits to this discovery: “Compaction alone can reduce yields by up to 25%, and when this is combined with drought as much as 75% can be lost because the roots cannot reach the lower soil profiles.

"If the topsoil dries out there can be catastrophic losses”, Professor Bennett explained.

Both researchers are keen to stress that this technology is far from an alternative to good soil management, instead it is a tool that can be used hand in hand with it.

“We are not suggesting that farmers abuse the soil and just get around it by using this development. Nobody is in the market for accepting soil compaction and this should be used as just another tool to handle the effects of that”, Prof Mooney added.

However, he also noted that this development is not just limited to soils suffering from compaction, but that it could also be transformative in normal hard soils.

"Processes to reduce tillage actually lead to harder soils, especially in the initial years, so the implications for this are not simply about something that is going to be beneficial once a field has been run over a number of times”.