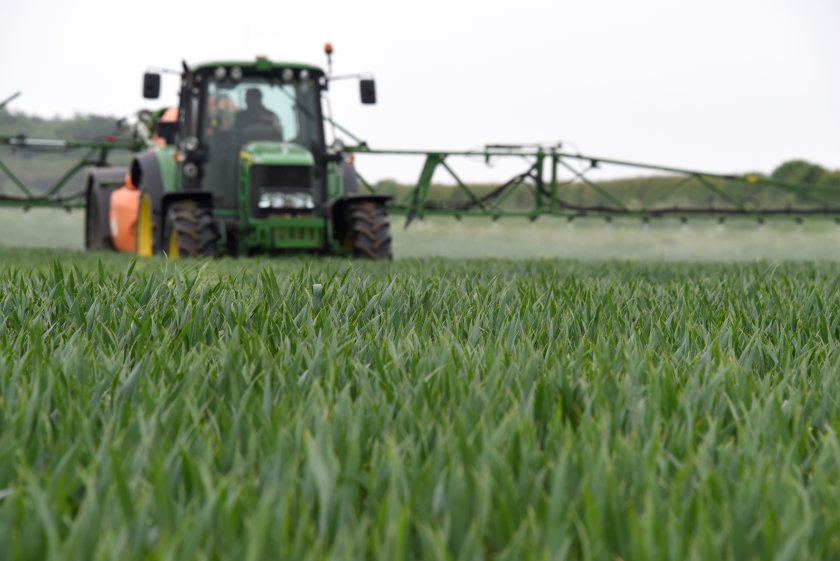 The introduction of Inatreq to the UK and Ireland was a major milestone for cereal growers, Corteva says

An innovative new molecule which controls the key diseases found in UK and Irish cereal crops has been recognised on the world stage.

Earlier this year, Univoq was launched in the UK and became the first new class of chemistry to control septoria and rusts in 15 years.

Elsewhere, farmers in Ireland were enjoying their second year of being able to use the unique fungicide.

Mike Ashworth, cereal fungicide product manager for Corteva said: “The introduction of Inatreq to the UK and Ireland was a major milestone for cereal growers.

"Farmers need innovative new chemistry to protect their crops and huge credit should go to Corteva’s incredible scientists who were able to make this breakthrough at a time when new molecules are desperately needed.

“This development not only allows farmers to control the diseases which hit yields, but it plays a vital role in broadening the crop protection toolbox, helping protect other products which are being challenged by resistance.

“The major strength of the Inatreq molecule is its robust control of septoria – the number one disease threat and yield robber on UK arable farms.”

Univoq's patented i-Q4 formulation empowers the Inatreq-driven fungicide to stick to and spread across the leaf.

The greatest benefit has been shown to be using it at the T2 timing for wheat as its novel target site for septoria keeps leaves greener for longer, allowing plants to build yield.

The chemistry shows no cross-resistance, and farmers will benefit from its flexible application characteristics and consistent, broad-spectrum performance.

“It is an honour to be recognised with such highly regarded awards in not one, but two categories,” said Sam Eathington, senior vice president and chief technology officer for Corteva.

“These awards reflect the many ways we are making a positive impact on the environment and addressing farmer challenges by leading with scientific excellence and innovation while also engaging directly with growers."