New insight into bacterial infections found in noses of cattle 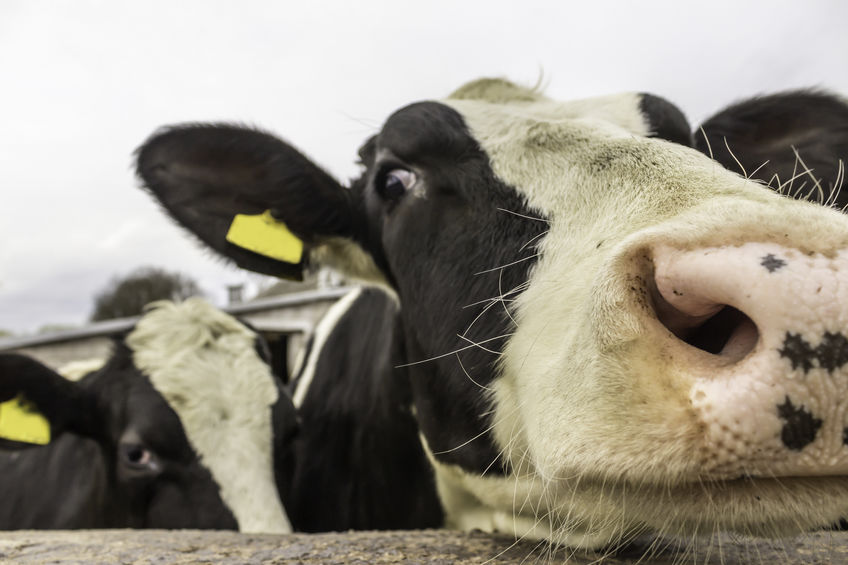 A new study looked at three bacterial species in the noses of young cattle and found the carriage of the bacteria was surprisingly different.

The findings, which combined ideas and methods from both animal and human health research, could help prevent and control respiratory diseases.

Cattle, like humans, harbour a wide range of bacteria in their noses, microbes which are normally present and probably necessary for health like those that live in the gut.

However, some species of these bacteria do cause serious illness at times, particularly when infection becomes established in the lower respiratory tract within the lungs.

Led by academics at the University of Bristol Veterinary and Medical Schools, the researchers investigated the patterns of acquiring and clearing these microbes in healthy young cattle, which have not previously been studied in detail.

The team took nasal swabs at intervals during the first year of life, to detect their presence and measure their abundance using a DNA-detection technique called quantitative polymerase chain reaction (qPCR).

This targeted genes found in three bacterial species well-known for their ability to cause respiratory disease in cattle: Histophilus somni, Mannheimia haemolytica and Pasteurella multocida.

The researchers found the carriage patterns of the three bacteria differed remarkably.

Pasteurella was found in most of the animals, large numbers of bacteria were usually present, and the bacteria stayed in the nose for weeks or months.

Histophilus was present in up to half the animals, usually in smaller numbers and the periods it was present were shorter.

Mannheimia was rarely found although the numbers detected, when present, varied widely.

These differences are of interest because the numbers of bacteria and their duration of carriage are likely to influence their spread among healthy cattle and the likelihood of causing severe respiratory disease.

Amy Thomas, lead author who carried out the research as part of her PhD studies in Clinical Veterinary Science, said: “These techniques and results offer a way forward in understanding why and how apparently healthy cattle harbouring these bacteria may go on to develop respiratory illness and should help in finding new ways to prevent it.”

Professor Mark Eisler, co-author and Chair in Global Farm Animal Health at the Bristol Vet School, added: “These studies are particularly important because cattle are known to contribute to greenhouse gas emissions and improving how their diseases are controlled will help mitigate climate change.

“Also, reducing the use of antimicrobials that treat respiratory diseases in cattle should help reduce the increasing global threat of antimicrobial resistance in animals and humans.”