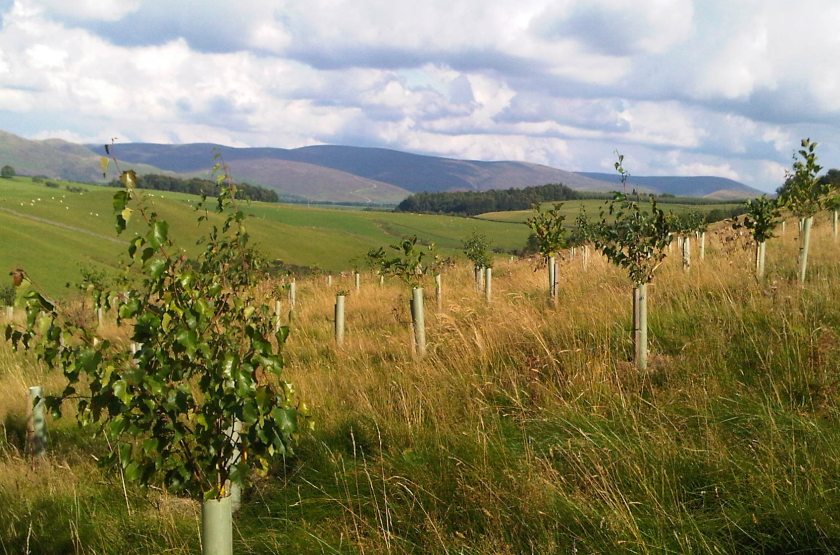 A new loan scheme aimed at supporting farmers and crofters with small scale woodland creation projects has been launched in Scotland.

Half of the upfront costs associated with planting a new woodland, including buying trees, ground preparation or fencing, can now be paid in advance by Scottish Forestry.

The aim is to remove any cash flow barriers that crofters, farmers, or any other small woodland owner might have when considering tree planting.

The Small Woodlands Loan Scheme works alongside the existing main Forestry Grant Scheme and is aimed at woodland creation projects up to 20 hectares in size.

The scheme was launched this week by Scottish Forestry, which is responsible for delivering Scottish Ministers’ forestry policy.

Currently, almost 200 of the 320 woodland creation schemes that are being funded by Scottish Forestry are for smaller projects.

He said: “I have listened carefully to feedback which has suggested that many smaller scale land managers are worried about the upfront costs in getting trees in the ground.

"The new Small Woodlands Loan Scheme aims to help remedy this and give a helping hand to assist with the costs of starting a woodland project.

“This new funding arrangement should give further confidence to the smaller businesses who want to get trees in the ground and help us deliver future planting targets.”

The 50% advance payment is directly linked to the ‘capital grant operations’ which each individual applicant will have detailed in their Forestry Grant Scheme Contract.

The payment will be provided once the applicant has an approved Forestry Grant Scheme woodland creation contract and associated Loan Agreement in place.