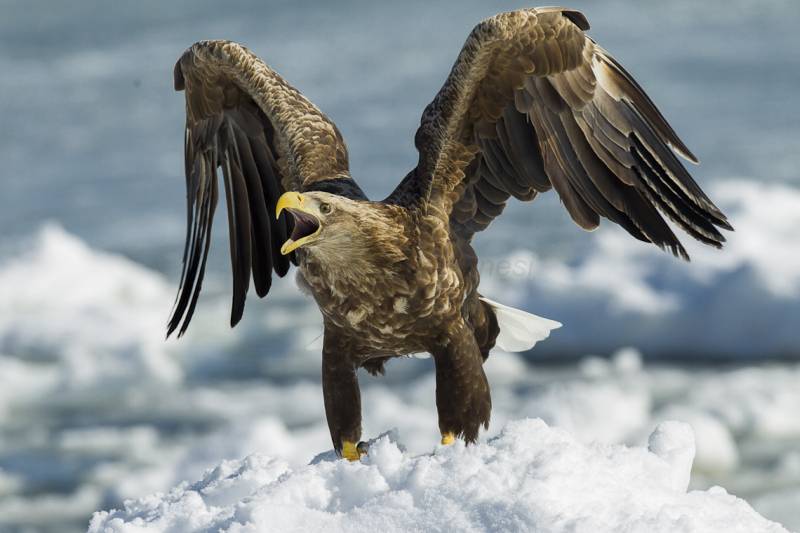 New technology and methods are being trialled to deter the UK's largest bird of prey from attacking young livestock.

New techniques to stop white-tailed sea eagles from preying on lambs are being trialled in Argyll and on Skye, in north west Scotland.

Photographs of a sea eagle carrying a new born lamb taken earlier this year reignited the bitter feud between farmers and conservationists over the reintroduction of Britain’s biggest bird of prey.

Crofters and farmers in the Highlands and Islands have frequently complained that the large birds of prey pose a risk to young livestock.

Hill lambs are an easy target for the bird, and there have been reports of adult sheep and ewe hoggs being attacked.

To deter the predators, there used to be a scheme compensating sheep farmers for any lambs lost due to the attacks.

However, the new techniques being trialled include new technology, including audio or light-based bird scaring devices, which is hoped will prove more successful. Eagle habitats which are situated near areas of sheep are also being felled.

Scottish Natural Heritage is working with other organisations, including Forest Enterprise Scotland, on the trials.

The white-tailed sea eagle went extinct in the UK during the early 20th century, due to illegal killing, and the present population has been reintroduced.