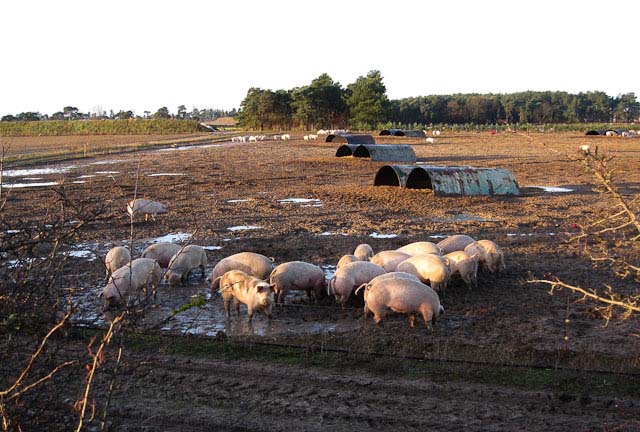 A project which aims to end tail docking of pigs was launched this month. A group of seven European research institutions, including Scotland’s Rural College and Newcastle University, have been awarded €2.5M for their collaborative project ‘FareWellDock’. They hope that by decreasing tail biting risk through environmental enrichment and developing better early warning tools of impending problems they can help farmers to stop tail docking.

Tail docking is considered necessary by the pig farming industry to reduce the risk of subsequent tail biting, which is also painful to the animal. Biting can result in chronic pain and infection at the wound site, and can cause up to 30% production losses in some outbreaks. However, tail docking, where a portion of the pig’s tail is cut off not long after birth, is a painful procedure most animal welfare scientists believe should be avoided.

Dr Dale Sandercock, a researcher at Scotland’s Rural College, who will be assessing the hazards around tail docking and tail biting, says: “We hope to establish the amount of pain pigs experience following both tail docking and tail biting and how that may affect pig welfare long term. Then, most importantly, we aim to discover how we can prevent or relieve pain in pigs throughout the production cycle wherever possible.”

The project aims to stimulate the development of a non-docking policy in the EU by evaluating the associated risks of the procedure. In particular, newly developed behavioural and physiological measures will be used to establish a better understanding of the consequences of tail docking and the best methods of preventing tail biting. The researchers will also assess the value of different forms of enrichment.

Dale says: “We believe it is important we do something to change this system. While the pigs find it painful being tail bitten, there may be other ways to reduce this behaviour without having to resort to removing part of the tail. This study will hopefully provide solutions for farmers who want to avoid docking but worry about tail biting increasing as a result.”

There are many factors that increase the risk of tail biting, among them health problems, delayed detection of a tail biting outbreak and lack of environmental enrichment. All of these areas will be studied with particular emphasis on environment enrichment using straw, which has been said to reduce the incidence of tail biting. The group also hope to work out whether having their tail docked makes animals more or less sensitive to pain in later life.

“There are two schools of thought currently,” Dale explains. “The first is that the nerve bundle (traumatic neuroma) that forms when a tail is docked will make the area more sensitive to stimulation, e.g. manipulation and biting. However, it is possible that the nerves are actually less sensitive or numb which would mean that future injuries in that area may be less painful.”

The aim of the work carried out at SRUC is to characterise traumatic neuroma development in tail docked pigs and assess the consequences of docking on long-term pain sensitivity.

The researchers based at Newcastle University will be developing and validating an innovative grimace scale that uses facial expressions to assess the level of pain pigs are experiencing. For example squinting, a change in the appearance of the cheek and nose and ear movements, that have been shown to accompany pain in other species. They will also be looking for automated methods to warn of impending tail biting outbreaks so that action can be taken before serious problems develop.