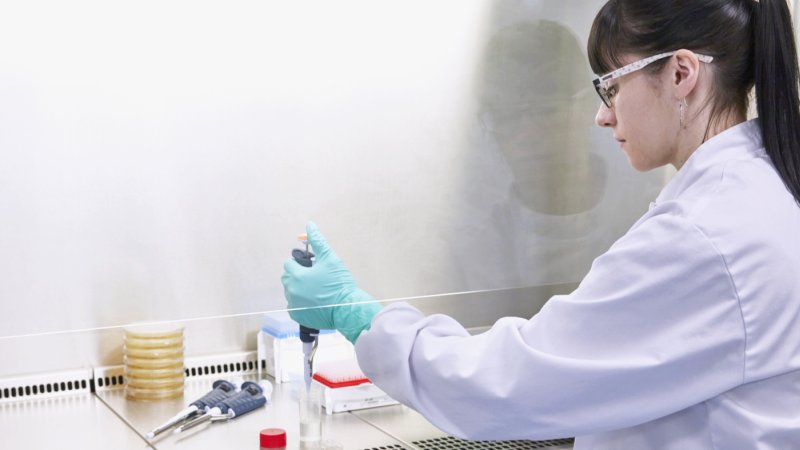 SwiftDetect test identifies early infections of septoria where only a small amount of fungal matter is present, all in six hours

The threat of septoria, regarded as one of the biggest issues growers face with cereal crops, could soon be reduced thanks to a new rapid detection test.

The firm behind the test, Microgenetics, said it has the potential to transform cereal crops, preventing over-use of fungicides and reducing yield losses.

Septoria affects the ability of wheat to produce energy, by reducing green leaf area for photosynthesis.

With a long ‘latent’ period, the infection may grow inside the leaf for over 20 days before being visible on the surface as yellow blotches and black dots.

Some wheat varieties are more susceptible to septoria than others, and the risk of infection is increased by wet and windy weather which impacts the physical spread of the spores.

Causing yield losses in excess of 30%, it is considered the most damaging disease on wheat in the UK.

Due to its long latent period, farmers or agronomists are often unaware that their crop is infected before it is too late.

Whilst there are detection tests available for septoria, it takes months to get results by which time the infection is visible and the crop lost.

The pharmaceutical company's SwiftDetect test identifies early infections of septoria where only a small amount of fungal matter is present, all in six hours.

As a result, farmers or agronomists sending samples using standard next day mail service will receive results as soon as 24 hours after posting.

Microgenetics said the test will allow farmers or agronomists to get accurate, up to date measurements for the level of septoria in their crop.

"If a low level of septoria is shown, for example, a more basic fungicide may be used," the firm explained.

"In turn, this will save money and prevent the over-use of advanced fungicides for when a higher level is identified. In this case, whilst the advanced fungicide with curative properties costs more, it could improve yield.

"This has the potential to transform farming of cereal crops in the UK, preventing over-use of fungicides and reducing yield losses."