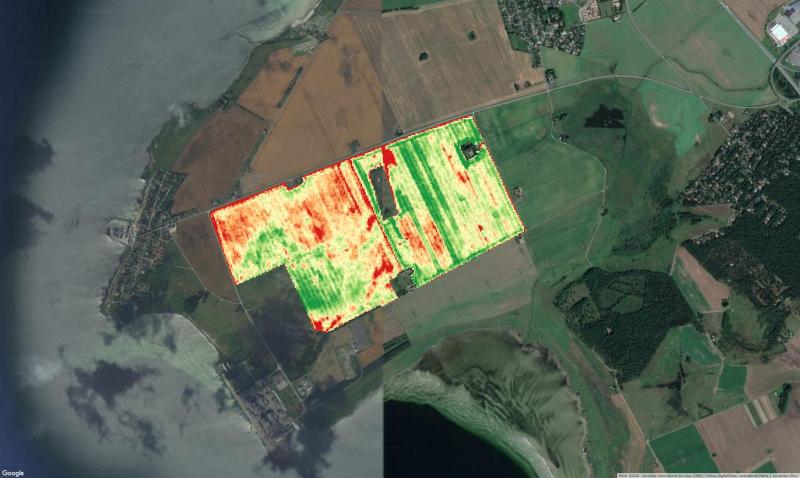 The technology is estimated to save 2.3 million tons of CO2

The technology, which will be launched on March 16th by Swedish company Vultus, is designed to enable farmers around the world to reduce their nitrogen fertiliser usage by 40 percent.

The system will start by covering 5.5 million hectares of land that is used for agriculture worldwide.

By preventing the overuse of fertilisers, which largely contributes to agricultural waste, the technology is estimated to save 2.3 million tons of CO2.

Vultus calculates that it is the same amount of CO2 that is produced to keep more than half a million homes warm every year.

In a statement, Vultus says: "Due to a lack of tools and knowledge of how to precisely fertilise the plants, farmers around the world guesstimate the dosage of nitrogen fertilisers and spread them evenly across the field, despite a large variation within them.

"This practice results in 60 percent of nitrogen fertilisers going to waste, leading to unhealthy crops and creating environmental problems on a much larger scale.

"The overuse of nitrogen fertilisers and highly intense farming practices corrupt soils and increase acidification of our lakes and rivers, which, in turn, causes a rapid depletion of various fish species.

"The excess of nitrogen fertiliser also emits the greenhouse gas, called nitrous oxide, which in Sweden alone is the cause of 7 percent of CO2."

Using space technology, the situation can be prevented by analysing satellite images of fields, identifying varied conditions and different nutrient needs within them and providing farmers with analysis and nitrogen recommendations.

Vultus says these nitrogen prescriptions can cut fertilisers usage by 40 percent, and in turn, significantly reduce environmental harm, help farmers grow healthier plants and save them a significant amount of money.