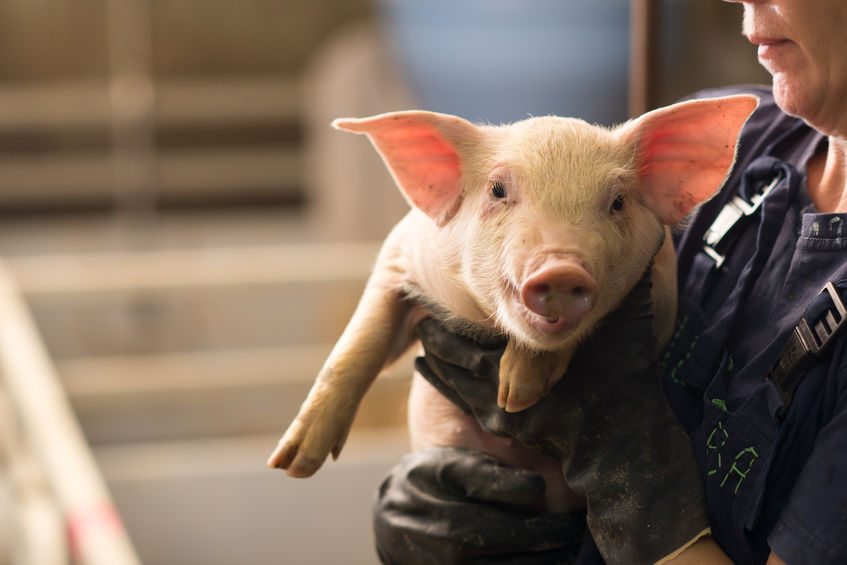 Pig breeding firms have been selecting for increased sow prolificacy for many years, with litter size increasing by approximately 0.3 piglets per sow, per year over the last ten years alone.

While this improvement contributes to the industry's profitability, an increase in litter size has inevitably brought with it an increase in vulnerable piglets, with a subsequent reduced chance of survival.

New research, commissioned by ABN, has looked into increasing survival chances, particularly of the smaller piglet, by investigating the effect of maternal nutrition and identifying specific risk factors associated with reduced piglet survival.

“Similarly, a larger litter is also associated with a greater variation in piglet birth weight and hence an increased number of small piglets.”

It has long been established that in general smaller piglets at birth have a lower chance of survival, especially if they are less than 1kg live weight.

This is mainly due to the lower energy reserves of the smaller piglet and the difficulty in controlling body temperature.

“The intake of sufficient colostrum is vital for optimum piglet health and growth," Dr Jagger said.

"It has been established that a piglet should consume at least 200g of colostrum to significantly reduce mortality.

“However, the quantity of colostrum produced by hyperprolific sows is thought not to increase as litter size increases, therefore the quantity available for each piglet is reduced.”

To further understand how maternal nutrition may affect piglet survival, ABN commissioned a PhD at the University of Leeds, conducted by Dr Hannah Davis and overseen by Professor Helen Miller, over a period of four years.

Published in the journal of Animal Feed Science and Technology, the work evaluated concepts that may improve survival chances, including determining antibody and colostrum yield, and assessing piglet performance.

A total of 279 multiparous sows were used across four experiments, receiving either a control or an experimental diet.

Each trial at the university showed the treatment group associated with an increase in colostrum production consistently increased piglet weight, both at 24 hours after birth, and at weaning.

Paul Toplis, a pig industry technical expert who works in association with ABN, views this as having the potential to be one of the more significant contributions to success in pig production around the world.

“These results confirm the literature where an improvement in colostrum intake has increased piglet weight through to weaning," he said.