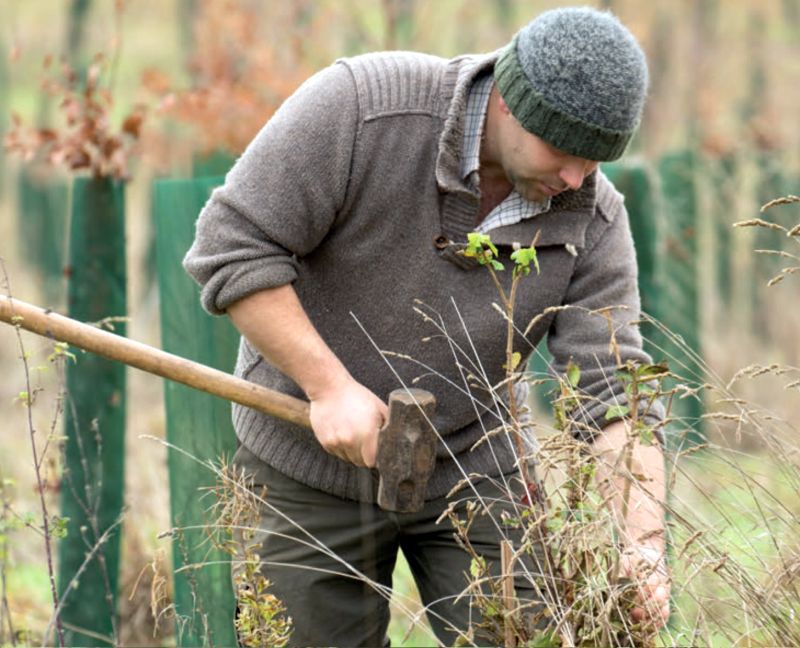 Respondents reported that they planted 47.3 ha or 117 acres on average over the past ten years

A new study has shed a light on the contribution that British gamekeepers make to wildlife conservation and habitat creation.

The activities of nearly 1,000 gamekeepers was studied as part of research looking into their environmental efforts.

Those who responded manage more than 1,625,000 hectares or more than 4 million acres of land across England, Scotland and Wales.

This equates to about 65% of sites designated for conservation such as Sites of Special Scientific Interest (SSSI), Special Areas of Conservation (SAC) or Special Protection Areas (SPAs).

They also plant on average 47.3 ha or 117 acres of trees, and privately fund more than £2.2 million worth of wild bird cover, which benefits red-listed bird species such as yellowhammer and tree sparrow.

In addition, 38% of moorland gamekeepers who completed the survey are rewetting moorland, which benefits a host of plants and wildlife and helps to reduce flooding.

Professor Nick Sotherton, of the Game & Wildlife Conservation Trust, said modern gamekeepers play an important role in the conservation movement in the UK.

"Without their considerable contribution to conservation in the UK, wildlife and landscapes would be much the poorer," he said.

The study found that during the leanest times of winter, gamekeepers taking part in the survey provided more than 23,426 tonnes of supplementary food for game and farmland birds.

Even after the shooting season, the gamekeepers surveyed continued to feed their farmland birds, providing more than 4,300 tonnes of grain.

This ensures that their wild birds enter the nesting period in healthier body condition, which aids chick production.

Within the survey, respondents were found to manage more than 190,000 hectares or 470,000 acres of woodland.

Respondents reported that they planted 47.3 ha or 117 acres on average over the past ten years with 82% of respondents reporting that conservation was the main reason for tree planting activities.

Liam Bell, Chairman of the National Gamekeepers’ Organisation, said the private investment in these habitats and the areas of land managed is staggering.

He said: "The extent of their role is not always fully appreciated, but without their efforts, knowledge, skills and love for their individual patches of land, our countryside and wildlife would be in a much more precarious condition."