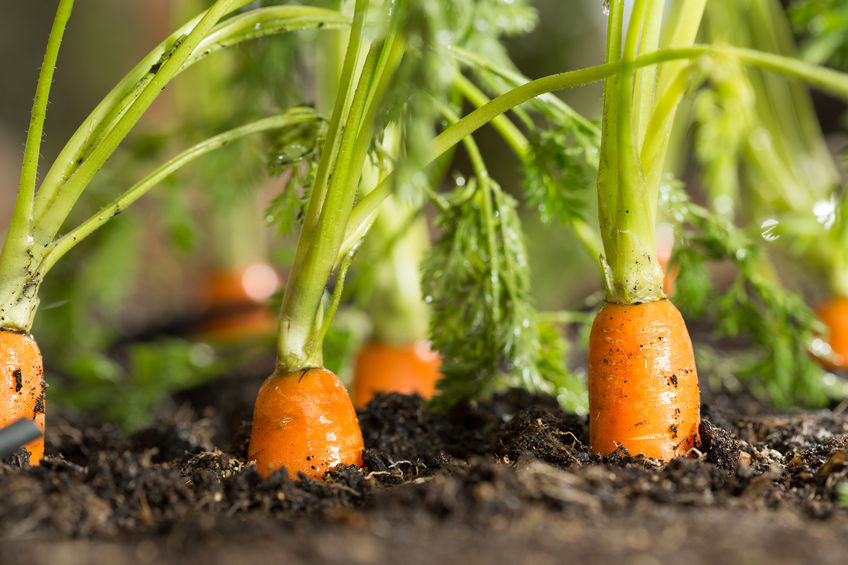 Imperfect, wonky and dissatisfactory crops could be eradicated by robotics which trail the fields until crops are perfect to pick, scientists have said.

The advent of such technology could also replace migrant labour which could be lost in the UK after it leaves the European Union.

Director of the National Centre for Precision Farming Professor Simon Blackmore, said he wanted to see such technology in farmers' fields by 2020.

“I am trying to develop a completely new agricultural mechanisation system based on small smart machines,” he explained.

“We are developing laser weeding, droplet application where only 100 per cent of the chemical goes onto the target leaf, selective harvesting where we can grade the product at the point of harvest.

“When we are faced with a set of tomatoes or lettuces we pick the best one not the worst one. But we can leave lettuces behind which perhaps can’t be sold today, but we can come back next week and be able to harvest them then.”

Farmers currently harvest crops all in one go, which leads up to 60 per cent of the crop wasted due to it being imperfect, or not ready for harvest.

Indeed, strawberries and lettuce crops worth £30 million ended up as waste in the UK in 2015, according to new research.

This waste was the result of factors relating to forecasting and product specifications, such as throwing away mis-shaped crops, and pest and disease damage.

But the advent of new technologies, such as that envisioned by Professor Blackmore, is hoped will cut down on waste, improve efficiency and overall performance on the farm.

Under the scheme, grants are available to help livestock, dairy, arable and horticultural farmers improve farm productivity through investing in new technology, such as robotics, to reduce cost or improve product quality.

It comes as news that a report highlighted how 'smart farming' and technological advances can be embraced in order to support the growing human population.

Another separate report explained how agricultural robotics will become a $12bn industry by 2027 as farmers around the world seek to raise standards and efficiency.

Raising such efficiency has become exceedingly necessary. According to the Food and Agriculture Organisation (FAO), worldwide food production will have to increase by 70 per cent until 2050 to accommodate the worldwide demand.

To meet this, manufacturers have already begun working on a vast array of high-performance machines today.

A project, by Harper Adams University, has already become the first in the world to plant, tend and harvest a crop with only autonomous vehicles.

Professor Heinz Ulbrich and his team at the Institute of Applied Mechanics of the Technische Universität München (TUM) are also making an important contribution. Their machine could soon become the next standard in agricultural robotics.

With funding from the European Commission, they are developing a modifiable robotic arm. Depending on the requirements, different modules such as sensors, spraying devices or manipulators can be easily swapped.

Their partner institute in Wageningen, the Netherlands, is also working on a sophisticated sensor system: special cameras that generate a three dimensional picture of the robot’s surroundings, helping it to distinguish fruits from leaves.

Besides the proofed and tested manipulator, some other special modules are also planned: a sensor for determining the ripeness of grapes with fluorescent light, for example. Then robots could even pluck and preen in vineyards and orchards.