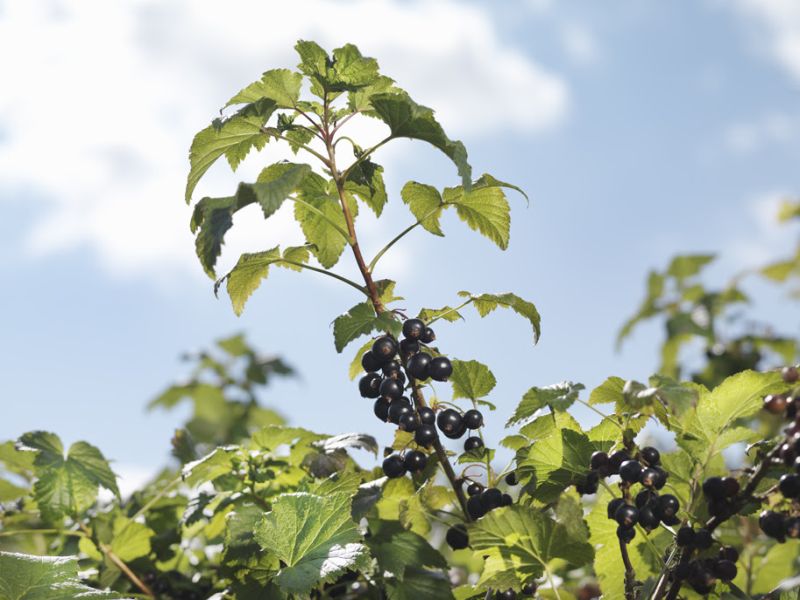 An investment in climate-resilient blackcurrant varieties as well as new growing techniques has led to an improved harvest forecast for the fruit.

The UK blackcurrant harvest begins in earnest this week, with 10,000 tonnes of fruit forecast.

This year's growing season comes under the backdrop of the UK experiencing warmer winters overall.

Without enough chilling time through the colder months, blackcurrant bushes will not produce the same quality and quantity of fruit.

However, new investment in climate-resilient varieties and cutting-edge technologies are set to protect the future of the British blackcurrant.

The Blackcurrant Foundation, which represents growers across the country, has been working on a new 'Innovate UK' project.

It has been looking to establish new ways British growers can encourage blackcurrant bushes to flourish in these warmer temperatures.

In addition, the Foundation has been future-proofing British blackcurrant supply through breeding new blackcurrant varieties in partnership with the James Hutton Institute, which has been running for nearly 30 years.

Harriet Prosser, a blackcurrant agronomist at Lucozade Ribena Suntory, said it is a long-term strategy as it takes a minimum of 13 years to establish a new variety.

“However, with such a mature breeding programme, we have selections at all stages of development.

“This year we will see the first fruit harvested from our newest climate-resilient variety, Ben Lawers,” she said.

Blackcurrant growers, which only total 35 in the UK, applauded industry moves to protect the future of the fruit.

The Blackcurrant Foundation's spokesperson Jo Hilditch added: “Early reports are that the harvest is looking much better than predicted, which is great news for us as growers, and great news for Ribena, who use 90% of Britain’s blackcurrant crop.

“We are proud to be able to supply our customers with 100% British fruit and work hard to ensure our blackcurrants maintain the same great quality and flavour every year.”