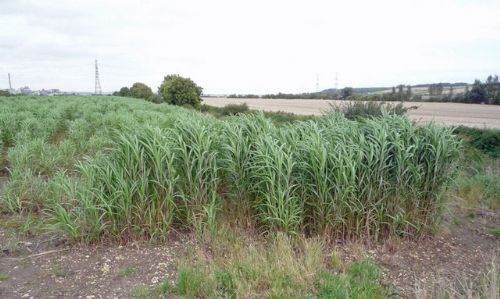 Latest government figures reveal that the vast majority of biofuels supplied in the UK are made from imported feedstock, with almost nine out of every 10 litres of foreign origin.

The NFU have said that UK biofuel growers have been subject to poor policy making by the Department of Transport, despite the growers making rapid progress with sustainability standards.

This collapse in biofuel production from British raw materials is worse than last year’s figures from the UK Renewable Transport Fuels Obligation (RTFO), which showed that less than a quarter (22 per cent) originated from British feedstocks in 2010-11.

NFU chief arable adviser Guy Gagen said: "The efforts of British farmers and certification bodies to meet EU sustainability criteria under the Renewable Energy Directive and the UK RTFO are being ignored.

"These figures show the damaging impact of UK government dithering over the past year, with British production capacity lying idle and British-grown and processed biofuel feedstocks progressively replaced by imports.  A combination of policy delay, inaction and extending timescales for renewable transport fuel targets has hit UK use of home-produced biofuels hard.

"Biofuel imported from third countries and used cooking oil (UCO) is not expected to meet the same sustainability standards for crop feedstocks as EU and UK crop based fuel, a slap in the face for our farmers who have been at the forefront in demonstrating their sustainable production standards.

"As a biofuel feedstock, UCO benefits under the UK RTFO by being double-counted compared to UK beet, wheat or oilseed rape based fuels, but it is mostly imported and of uncertain provenance– a perverse outcome indeed.

"It was good to hear last week that the Prime Minister is ’passionate’ about renewables, including bioenergy, but his government has got to get behind the domestic renewable fuels sector and stop putting barriers in the way of British growers and processors."