NFU calls on peers to amend Trade Bill to save standards 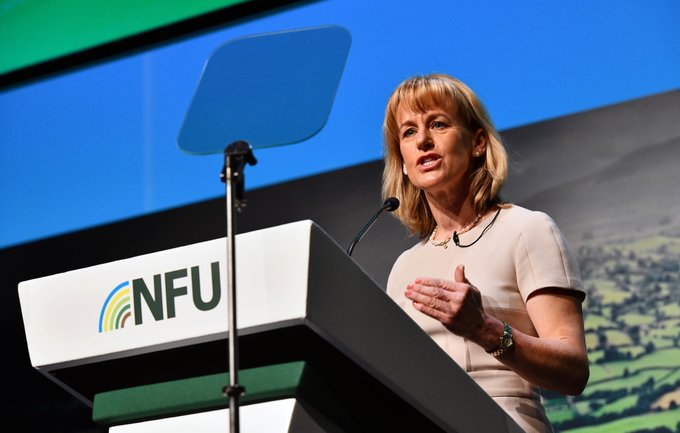 The NFU is calling on peers in the House of Lords to amend the Trade Bill so parliament can have the final say on whether to ratify new trade deals.

Currently, there is no requirement for parliament to debate deals before they are signed into law and safeguards to allow MPs to reject such trade deals are limited.

The NFU also wants parliament to be provided with independent advice about the impact every trade deal will have on food standards before it decides whether to accept or reject those deals.

An amendment to the Agriculture Bill, put forward by Lord Curry in the House of Lords, would give this duty to the new Trade and Agriculture Commission, which was set up by the government in July.

The amendment is likely to be debated by the House of Lords next week and the NFU is urging peers to vote in its favour.

NFU President Minette Batters said the UK was at a pivotal time for the future of farming and food: "Nothing will determine this more than how the government shapes trade deals with countries around the world.

“The countries we are currently negotiating with are demanding access to our prized market for their agriculture products and, right now, a trade agreement could be signed with little parliamentary scrutiny.

"This could result in a massive increase in the amount of food being imported that is produced in ways that would be illegal in this country."

Mrs Batters said there was now a 'clear solution' that would allow parliament to be kept informed of the impacts of any trade deal on food and farming.

"Time is running out. Action has to be taken now or all the warm words will be for nothing," she added.

It comes as the NFU launched a new report new report today on Back British Farming Day (9 September), which showcases the UK's high food and farming standards.

The NFU President said politicians must use the annual initiative to think about these values and what could be lost.

"I would ask them to set British farming as the global standard in sustainable, climate-friendly food production, and not undermine it in the pursuit of free trade.

"I would urge peers to vote for this amendment next week, to amend the Trade Bill to increase parliamentary scrutiny of deals and take a step towards providing the proper parliamentary oversight of our future trade policy.”