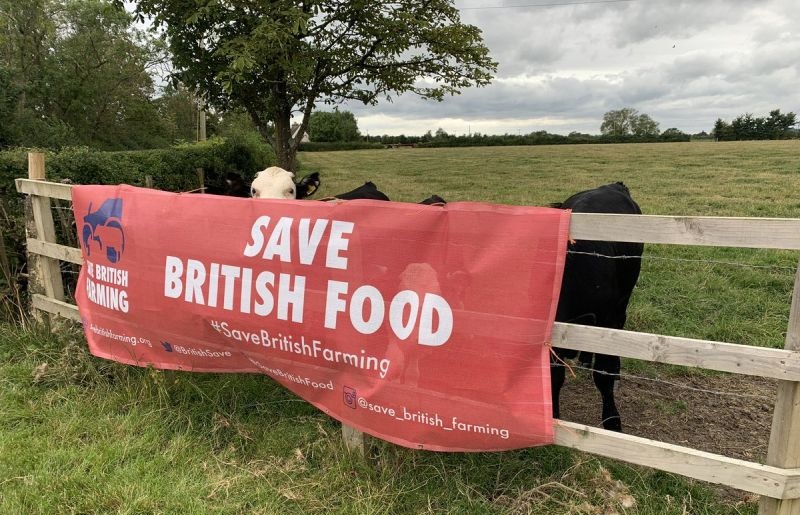 Farmers are using Back British Farming Day to demand that MPs protect Britain's food standards from being undercut by cheaper imports.

MPs are being urged to safeguard the UK's high food, environmental and animal welfare standards as the end of the Brexit transition period nears.

The public are also encouraged to contact their local parliamentary representatives to show support for Back British Farming Day today (9 September).

The NFU's annual initiative, now in its fifth year, is a platform for the industry to show off the importance of British farming for the health of the nation and its contribution to the economy.

Farmers and food producers have been using social media to promote their commitment to high production standards.

Joe Stanley, a farmer and conservationist from Leicestershire, explained that producers needed the support of MPs and the public more than ever before.

"With our exit from the European Union, there's a real danger that our world leading standards in food production will be undercut by future free trade agreements," he said on a video posted on Twitter.

"If you care about issues such as animal welfare, and the quality of food on your plates, then this is an issue for you.

"Please contact your MPs and let them know this is an issue you care about."

It comes as over one million people signed a petition demanding the government to uphold the UK's food and farming standards in any Brexit trade deal.

Meanwhile, campaign group Save British Farming (SBF) has also handed out banners and posters to farmers across the UK, urging the government to protect food standards.

Merseyside arable farmer Olly Harrison used Back British Farming Day to explain to the public that the best way to back British farming is to look for the Red Tractor.

"Never has it been more important to support British farming. We don't know what's going to happen with Brexit, and it's also been an awful year weather wise, yields have been terrible."

The NFU highlighted the importance of today: "We will be reminding politicians that British food and farming contributes over £120bn to the UK economy each year and employs four million people.

"This autumn will be a critical time for British farming as the Agriculture Bill returns to the Commons to be passed into law and trade negotiations continue with countries across the world.

MPs are being invited to show their support for farming by wearing a wool and wheatsheaf pin badge in Westminster.

How can I get involved with Back British Farming Day?

The NFU has listed ways for the public to get involved on Back British Farming Day:

• Say why you’re proud to produce food for the nation and show how you're keeping the nation fed with a short video.

• Use the Back British Farming day ‘twibbon’ to add to your profile picture on Twitter.

• Reach out to your MP and share your farming images to illustrate why food and farming is important to them.

• If you know your MP, invite them on farm.

• Invite your MP to wear the wool and wheat-pin badge they will have received from the NFU President Minette Batters and share the picture.

• See if you can spot your MP wearing a wheat-pin badge in the House of Commons and say thank you on social media.