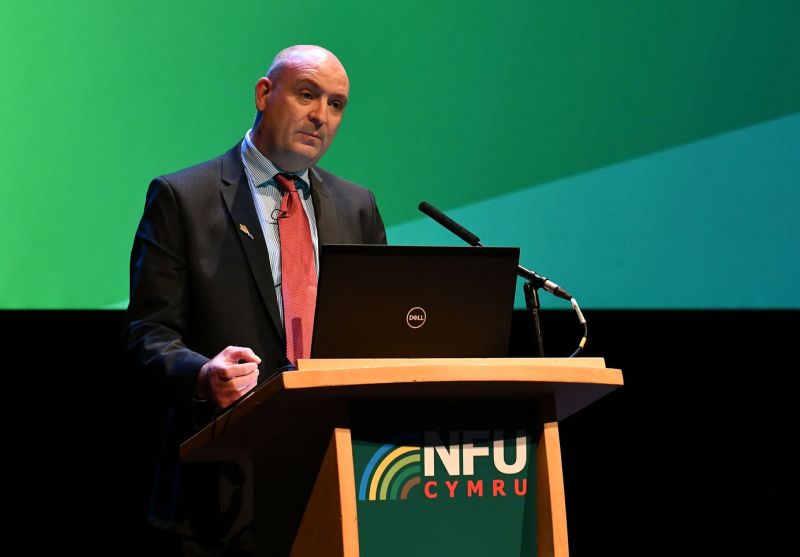 NFU Cymru has called for the government to establish a Trade Standards Commissioner to ensure farming standards are not undermined post-Brexit.

The union has today (25 November) set out its priorities for the forthcoming general election, encompassing a range of Brexit and non-Brexit-related issues.

The publication sets out a list of policy priorities that the union has identified for the next UK government.

It calls for the establishment of a Trade Standards Commissioner to ensure that domestic environmental and animal welfare standards are not undermined by any future trade agreements.

Any food imported after Brexit should be produced to the same standards as are legally required of UK farmers, it says.

The policy document goes on to say that leaving the EU must be done in an 'orderly manner', one that ensures the 'best possible access' to the bloc's markets.

It follows the publication of the government's no-deal Brexit tariff regime, which NFU Cymru says would be 'devastating' for Welsh agriculture.

Disruption caused by the sudden imposition of WTO-level tariffs, which on lamb and beef equate to between 40% and 90%, would cause 'immediate severe disruption' for farmers and food businesses in Wales, Hybu Cig Cymru – Meat Promotion Wales (HCC) has previously warned.

Over a third of Welsh lamb and around an eighth of Welsh beef production is exported overseas, with the 27 member states being the destination for over 90% of the trade.

Unveiling the document today, NFU Cymru president John Davies said: “I think we all recognise that the Brexit uncertainty and the paralysis at the heart of UK politics is both unsettling and unsustainable.

“This election has arisen as a result of political difficulties deriving from Brexit, and there can be little doubt that this election is likely to have a significant bearing on the eventual outcome of the Brexit process.

“As one of the sectors which stand to be most heavily impacted by Brexit, it is vital that whoever forms the next government makes the right policy choices to support Welsh agriculture.”

Other policy asks include a need to increase Welsh produced food, ensuring a fairer and more transparent supply chain and boosting rural connectivity.