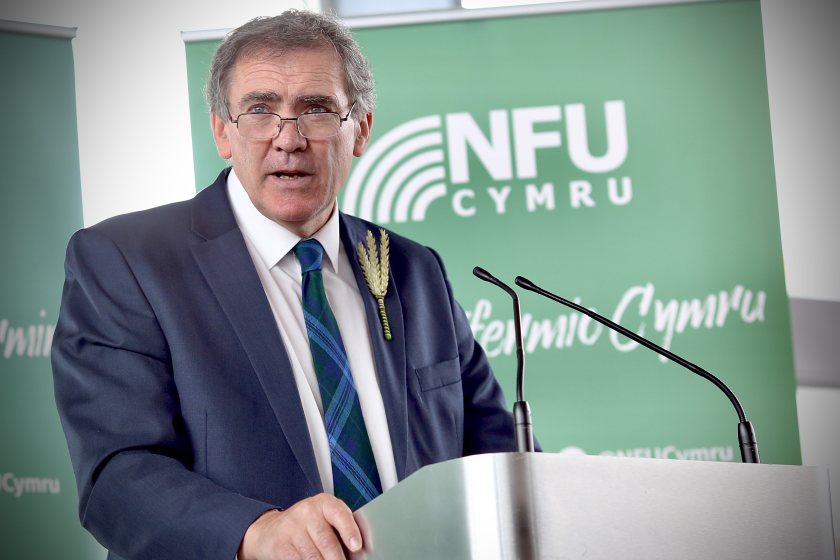 NFU Cymru brought rural Wales to the Senedd for the launch of a new report which urges policy makers to focus on safeguarding food production.

The Senedd showpiece was one of a number of events NFU Cymru has co-ordinated as part of the first ever Celebration of Welsh Food & Farming Week.

2022 is a seminal year for Welsh farming, with the introduction of the Welsh government’s Agriculture (Wales) Bill, set to define the industry for a generation to come.

The union's Shaping Welsh Farming’s Future report was unveiled in front of members of the Senedd (MSs), providing a summary of its key asks of Welsh government.

Ministers in Wales are planning to offer agricultural payments for work that enhances the environment.

But NFU Cymru believes the policy framework should instead focus on food security by enhancing Welsh farmers' ability to produce food.

On-farm productivity must also be improved by promoting growth in the the food and drink sector, which is Wales’ biggest employer.

NFU Cymru said these priorities were vital to ensure Welsh farming thrives and continues to deliver high quality, affordable food, while meeting the sector’s ambition for net zero by 2040.

The event also saw MSs being handed Welsh wool wheatsheaf lapel badges, a memento for policy makers to wear to show their support for farmers.

As well as the policy and political aspect to the event, NFU Cymru brought a flavour of Welsh food and farming to the Senedd with a buffet of Welsh produce.

Speaking after the event, NFU Cymru President Aled Jones said: “The new policy document we have launched provides a summary of our key asks of the Agriculture (Wales) Bill.

"The bill must also include mechanisms to ensure levels of domestic food production are assessed, maintained and enhanced alongside climate, biodiversity and broader environmental objectives."

Mr Jones said that as Wales transitions to a new scheme, a framework that continues to provide stability and that targets support at the active farmer was needed.

"This framework should deliver a comprehensive suite of outcomes that includes food security, incentivises on farm productivity and safeguards our rural communities and the Welsh language alongside a range of environmental outcomes."

He added: "More than ever, in these difficult times, the continued supply of safe, high-quality, affordable food has to be a strategic priority for the nation.”