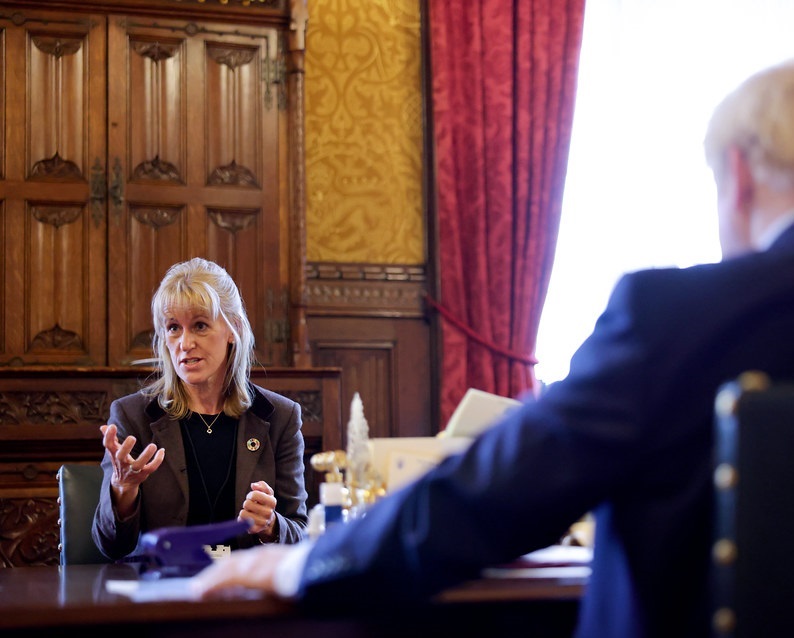 The NFU president has stressed the need to safeguard the UK's food and farming standards following a meeting with the prime minister.

Minette Batters met Boris Johnson on Wednesday (14 October), just days after a House of Commons vote in which MPs rejected an amendment to the Agriculture Bill which sought to protect standards.

Parliamentarians voted down Lord Grantchester amendment, which required imported food to meet UK legal standards from 1 January 2021, by a majority of 53.

Discussions touched upon the need to increase parliamentary scrutiny of trade deals, in particular strengthening the Trade and Agriculture Commission to allow MPs to have their say on how trade deals would impact British farming.

On Monday's session, the government blocked MPs from voting on a second amendment to the Agriculture Bill - the Lord Curry clause - that sought to strengthen the role of the Commission.

The NFU president said the UK was 'at a juncture' that would have ramifications for both farming and the wider public 'for decades to come'.

"I made clear that the nation cares deeply about British food and the high standards it is produced to," she said.

"They do not want to see it undermined by imported food that could be produced to standards that are illegal here.

“Already, over a million people have signed our petition and tens of thousands of letters have been written to MPs on this issue. Those people want action to ensure our high standards of food production are not undercut."

The meeting saw the NFU president and prime minister discuss the importance of making sure the UK's new agricultural policy - the Environmental Land Management Scheme (ELMS) - was fit for purpose.

They also touched upon the ability for growers to secure their all-important workforce in time for the 2021 season and beyond.

After the meeting, Mr Johnson said on Twitter that he would 'always support' the UK's 'fantastic farmers'.

The prime minister added that outside of the EU, the UK would be able to achieve a 'better, fairer deal' for the British farming industry.

Good to meet with @Minette_Batters today. I will always support our fantastic farmers, who have worked tirelessly during the pandemic to keep our country fed. Outside the EU we now have the chance to get a better, fairer deal for Britain’s food and farming sector. pic.twitter.com/tf6KtWx2UR