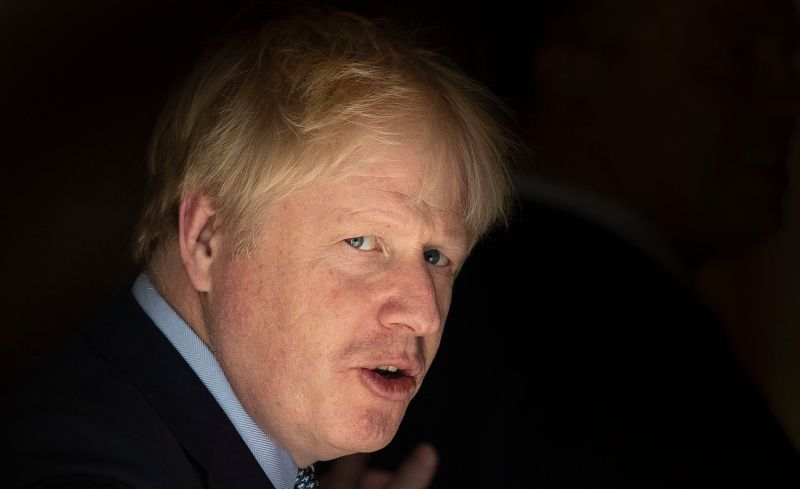 The NFU is asking for reassurance from Boris Johnson's government to commit to maintaining the domestic agricultural budget through to 2022 (Photo: Peter MacDiarmid/Shutterstock)

The NFU has asked for reassurance from Boris Johnson's government as fears increase over a loss of financial support if the UK leaves the EU with no-deal.

The Conservatives, under Theresa May's leadership, acknowledged the need to provide financial stability for farmers.

In its last manifesto, the party committed to deliver the same levels of farm support payments until the end of the current parliament.

But with a new Prime Minister and cabinet, the NFU is asking for reassurance that this government also commits to maintain the domestic agricultural budget through to 2022.

The union has written to Chancellor of the Exchequer Sajid Javid calling for a commitment to support farmers as he prepares for the forthcoming one-year spending review.

The review is an emergency one-year spending round covering public expenditure for 2020/21.

NFU President Minette Batters said: “For farming to flourish post-Brexit the government needs to work in partnership with British farmers to invest in and build a productive, profitable and sustainable sector in the decades ahead.

“Like many farmers, I am extremely worried that if the UK leaves the EU without a deal we will find ourselves in a critical economic situation.”

The NFU has frequently warned the government that a no-deal departure from the EU would be damaging for UK farmers.

Because of these concerns, Mrs Batters has asked that the spending review includes a range of contingency measures to avert the 'worst impacts' a no-deal may have on farm businesses.

This includes reviewing the no-deal import tariffs to provide greater safeguards to UK primary production, supporting exporters into the EU by ensuring that the necessary certifications are in place and compensating farmers for the loss of income due to market disruption.

The NFU president added: “In the current economic climate the importance of the British food and farming industry must not be overlooked.

“Farmers are ready to play their part in building a more sustainable food system alongside looking after our natural environment, but the best way to ensure farming can flourish post-Brexit is to strike a deal with the EU and leave in an orderly fashion.

“Only this will negate the need to make the substantial interventions that would be very much necessary in a no-deal scenario,” Mrs Batters said.

It follows Boris Johnson issuing an ultimatum on Monday (2 September) to rebel MPs by pledging to call a snap general election if parliament goes forward with a bill seeking to block no-deal.

The bill, which could be pushed through today, would mandate the government to extend Brexit until 31 January unless a deal is backed.