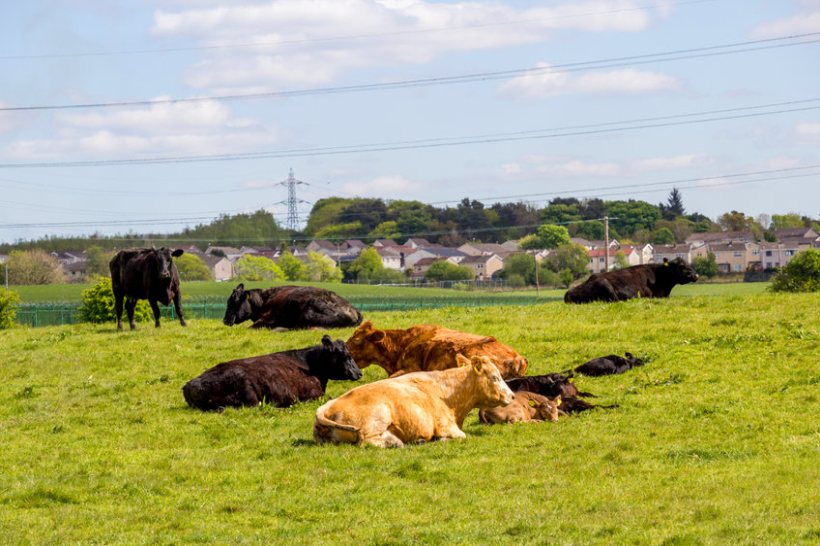 More land should be made available for food production considering the uncertain impact on food supply the war in Ukraine will cause, NFU Scotland says.

The union has written to the Scottish government calling for a moratorium on support scheme rules that take land out of food production.

It warned that the aftershocks of Russia's invasion of Ukraine would be felt "well beyond the conflict".

Concerns over future supplies have seen wheat futures hit a 14-year high and the wheat market has jumped more than 40% in the last week.

Domestically, farmers are being quoted wheat prices of more than £310 per tonne.

NFU Scotland, in its letter to the Scottish government, said the importance of Ukraine in terms of agriculture and food production was becoming clearer.

With global supply chains already highly vulnerable, and many countries reliant on Ukraine's produce as well as Russia’s food, fertiliser and gas supplies, a rise in grain prices or a significant drop in production was "certain to have huge knock-on effects for food consumers as well as food producers".

To help improve the resilience of food supplies, NFU Scotland said more land in Scotland should be made available for domestic food production.

It said a moratorium on current Scottish support scheme rules that take land out of production could temporarily release an area of land equivalent to 25,000 rugby pitches to grow cereals, crops such as peas and beans or grass and forage for livestock.

NFU Scotland’s President, Martin Kennedy said: “The human cost of the invasion within Ukraine is already tragic, but the possibility of other potential impacts due to the country's importance to the global agriculture market can be neither understated nor ignored.

“We are in very challenging and extraordinary times and Scotland’s farmers want to play their part in any national or European effort that looks to address the growing concerns around future food security."

Mr Kennedy warned, however, that the biggest stumbling block facing Scottish farmers was the rocketing cost and availability of inputs.

Fertiliser and fuel prices have more than doubled in the past 12 months to record levels, turning crop production plans upside down.

He said: “The actions of Russia and the counteractions of wide-ranging sanctions and restrictions represent a further major concern because of the effect on oil, gas and fertiliser availability.