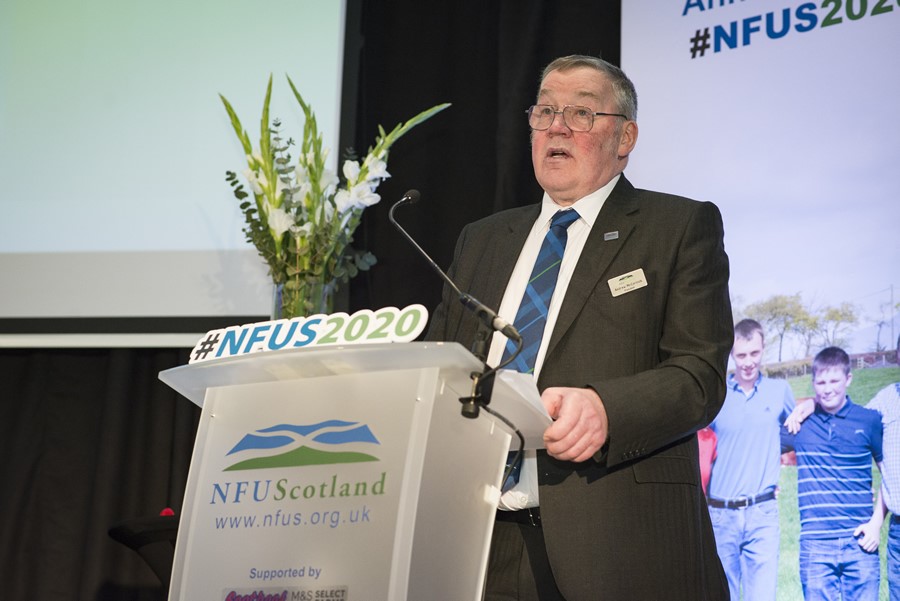 Andrew McCornick also highlighted food production concerns, saying such initiatives could 'displace' the potential to grow crops
Sign in to add your own press release SIGN IN Register

The president of NFU Scotland has criticised tree planting initiatives as part of a measure to curb climate change, calling it a 'distraction'.

Speaking at the union's annual conference in Glasgow on Thursday (6 February), Andrew McCornick said there is 'no single solution' to the climate crisis.

Looking specifically at tree planting initiatives, he highlighted that they could 'displace the potential to grow food crops'.

It comes as the National Trust recently announced one of the UK's biggest woodland expansion and tree planting projects as part of plans to become net zero.

The charity will plant 20 million new trees within ten years, the equivalent of more than 18,000 hectares of woodland.

But Mr McCornick questioned the role trees play in combating the climate crisis: “We are being told that trees are the solution, yet Ben Fogle goes out to Siberia and discovers that the tree canopy is protecting the land surface, heating the permafrost and creating warming,” he told delegates.

“Climate change is about temperature, but everyone is looking at carbon. It is much more complicated than just one element.”

He said there is no scientific agreement on whether trees warm or cool the planet: “Trees have darker canopies than grassy vegetation absorbing more sunlight and heating the land surface,” he said.

While admitting that trees 'have a part to play', he said they are a 'distraction' to the 'real issue' of reducing fossil fuel usage and transforming energy systems.

He also highlighted concerns that planting too many trees could hinder food production.

“The tree model will displace the potential to grow food crops, livestock farming and the rich flora and fauna that grazing systems deliver with the associated employment and communities benefiting the national GDP,” Mr McCornick said.

“In Scotland’s case, it means probably importing food from somewhere that is de-foresting. The consequences of political decisions and policy must be thought right through holistically.

“The right tree in the right place and not blanket afforestation will play a part in climate change and carbon storage.”

The Farmers’ Union of Wales’ (FUW) has also expressed concerns regarding the implications of tree planting on farmers' livelihoods.

The union said dozens of farm tenancies on Nation Trust-owned land are to be altered as they come up for renewal to cut sheep and cattle numbers.

Because of this, FUW President Glyn Roberts said many tenant farmers have been in contact to raise concerns regarding the charity's recent announcement.