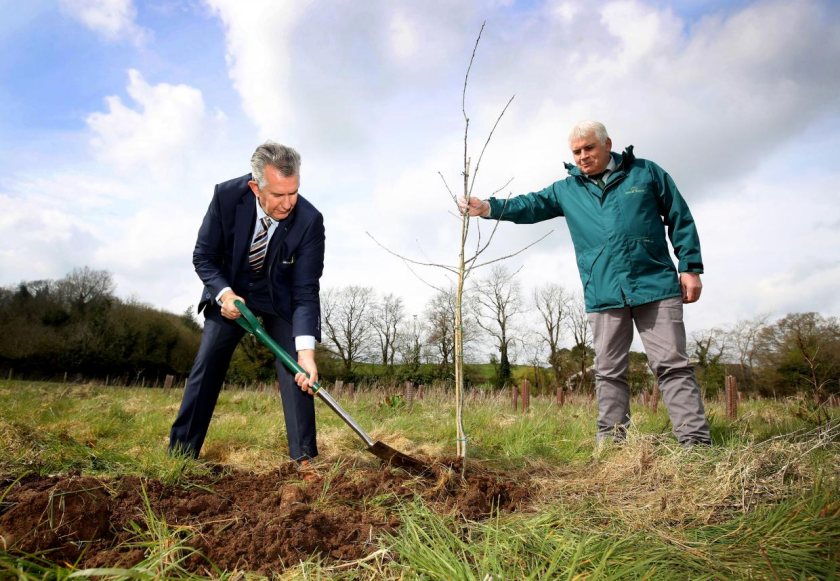 Edwin Poots, NI's farming minister, planted an oak tree in commemoration of the life of the Duke of Edinburgh

Northern Ireland's agriculture minister has planted a tree in commemoration of the life of Prince Philip, who died earlier this month.

The Duke of Edinburgh visited the college's campus in Cookstown, County Tyrone in 2002.

The Department of Agriculture, Environment and Rural Affairs (DAERA) minister said the Duke was a 'life-long environmentalist and conservationist'.

"I have planted an oak tree as a memorial to Prince Philip and to mark what his good work meant to the people of Northern Ireland and his legacy to future generations," Mr Poots said.

"His commitment and interest in promoting opportunities for people to connect with their environment has been inspiring and so influential particularly to young people.

“Over the years, the Duke visited Northern Ireland on a number of occasions on Royal visits, including to CAFRE’s Loughry Campus in Cookstown in 2002."

Farming and rural-based organisations across the country have been their tributes to Prince Philip.

The Country Land and Business Association (CLA) described the Duke as a 'passionate supporter of rural Britain', while the NFU said he was a 'great champion' of farming.