No-deal 'a reckless act of self harm' for farming, union warns 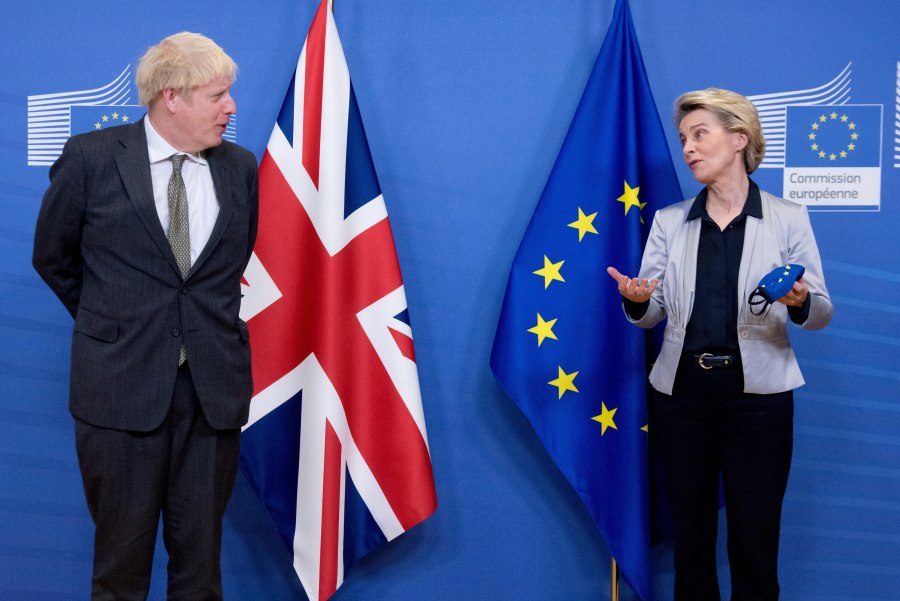 The UK and EU have warned they are unlikely to reach a deal (Photo: Chine Nouvelle/SIPA/Shutterstock)

Leaving the EU without a deal 'would be a reckless act of self harm' for the UK farming industry, a union has warned as trade talks are set to reach a landmark conclusion.

According to reports, the main disagreement in the talks centres on how close the UK should remain within the EU's economic rules.

There is also contention over the future of fishing rights, as the EU wants member states' fleets to hold onto their access to UK waters.

For the farming industry, fears have again been highlighted over the potential for a no-deal, as it would lead to tariffs and quotas on UK-EU trade, and rising prices.

Even with a trade deal, industries face major challenges from non-tariff barriers at borders, with additional costs for agricultural exports estimated to be up to 10%.

Major disruptions and practical obstacles to the flow of goods would also be expected, groups say.

The Farmers' Union of Wales (FUW) says any failure by the UK and EU to reach a trade deal would be 'catastrophic for industries and entire communities in Wales'.

The European Union is the largest single market in the world, and 73% of all Welsh food and drink exports are destined for the bloc.

This includes the majority of exports of red meat and dairy products worth an estimated £320 million to Wales.

Over a third of sheep meat produced in Wales is exported annually and, of this, more than 90% is exported to the EU.

“The viability and survival of businesses and the supply chains and jobs they support depends on a deal being struck," said Glyn Roberts, FUW president, adding that talk of an Australia-style deal was 'just a euphemism for a damaging no-deal'.

“We have said since the referendum that no responsible UK government would allow the UK to leave the EU without a trade deal," he said.

"For us to leave the biggest and richest single market in the world without a deal, at a time when jobs, lives and the economy continue to be ravaged by the coronavirus pandemic, would be a massive and reckless act of self harm.”

During a webinar on the importance of agri-food trade between the UK and EU, NFU President Minette Batters said farmers on both sides relied on trade to support their businesses.

She said the EU took more than 70% of the UK’s agri-food exports, and it was 'essential' this relationship was 'maintained through a zero tariff, zero quota agreement'.

Because of this, it was 'crucially important' for the government to get Brexit negotiations 'right for farmers', she added, and also for consumers who sought 'traceable and affordable food'.

"British farmers want to see a trade deal with the EU that sets a precedent for how we intend to trade on the global stage – especially when it comes to ensuring high standards of animal welfare, environmental delivery and food safety on food imports," Mrs Batters said.