Norfolk farmers 'rightly worried' as eagles set to be released 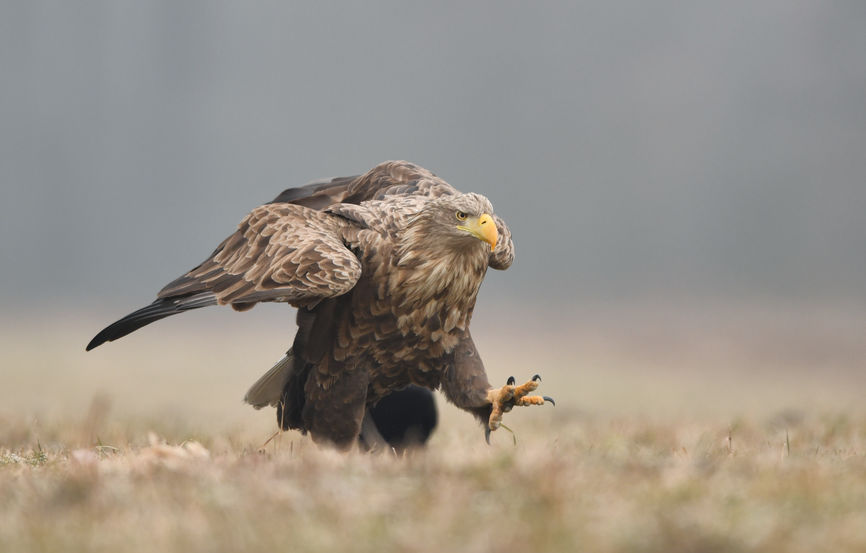 Farming groups have criticised Natural England's approval for 60 white-tailed eagles to be reintroduced in an area of Norfolk known for its pig and poultry production.

The eagles, the UK's largest bird of prey, will be released over a 10-year period on the Ken Hill estate, west Norfolk, which is operating an ‘early-stage lowland rewilding project’.

The juvenile birds will be sourced from Poland, where there are around 1,000 pairs of white-tailed eagles.

Natural England issued the licence of approval to the Roy Dennis Wildlife Foundation, whose project will start from next year.

The charity said the white-tailed eagles would 'fit into the landscape very well', with Natural England saying it was 'satisfied' that there were 'no significant risks associated involved'.

But farming groups have expressed concern that it will see the introduction of an apex predator species in one of the UK's most densely-populated pig and poultry production areas.

The National Pig Association (NPA) highlighted that pig producers were 'rightly worried' about the impact of the birds on their businesses.

“We are disappointed that Natural England has given the project the green light without addressing the concerns of NPA members," senior policy adviser Charlie Dewhirst said.

"East Anglia is home to a significant proportion of the UK’s outdoor pig herd and farmers are rightly worried by the potential impact of introducing these large apex predators."

Natural England responded by saying it 'understood' farmers' concerns about the potential impact that the white-tailed eagles would have on livestock businesses.

However, the agency added: "Having examined evidence from elsewhere in Europe we have concluded that the risks are low and are manageable."

The NFU has also criticised the decision, explaining that the area is home to around half of the country's outdoor reared pigs and poultry.

The union's East Anglia environment adviser Rob Wise said: “Farmers are worried that the sea eagles will prey on livestock including lambs, piglets and free-range poultry.

“Many members are also concerned about the impact sea eagles will have on their conservation efforts.”

It comes after farmers in Scotland - home to more than 130 breeding pairs of white-tailed eagles - called for more action to better protect vulnerable livestock from the birds.

NFU Scotland said last month that farmers were frustrated by the lack of progress to date in relation to the management of the eagles.