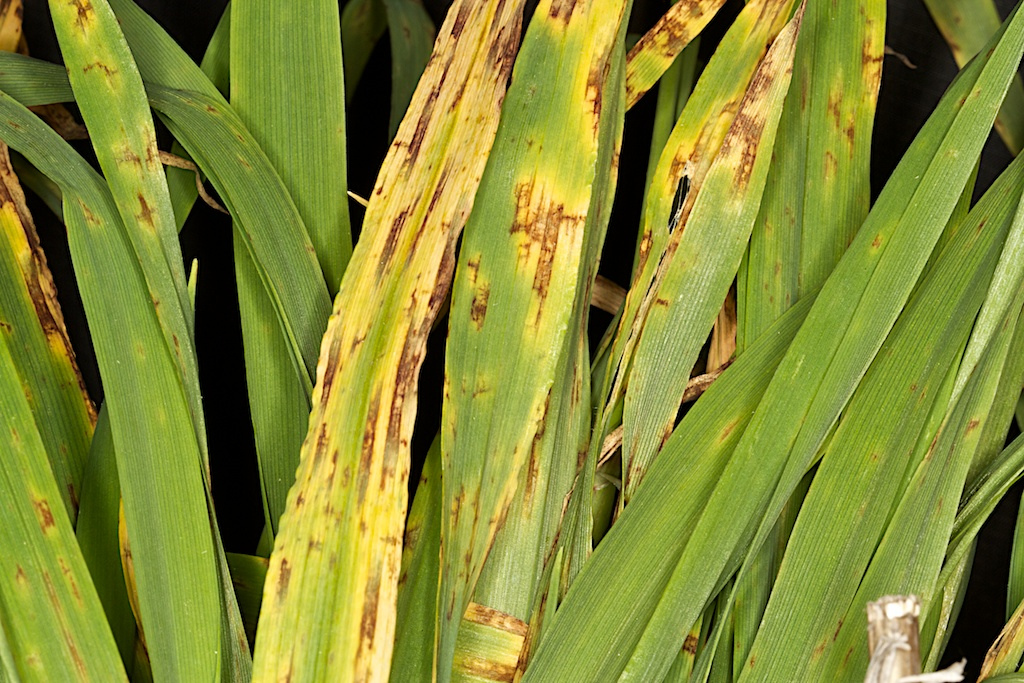 Pathogenic fungi poses a huge and growing threat to global food security, affecting key crops such as wheat and rice

The growing threat of microbial resistance against fungicides means scientists are racing to find new developments to safeguard food production.

These diseases challenge temperate-grown wheat and rice, respectively, and so jeopardise the security of two of the world's most important calorie crops.

The scientists’ journey started with the discovery that MALCs inhibit the activity of fungal mitochondria.

Mitochondria are the cellular “power-house”, required to provide the “fuel” for all essential processes in the pathogen.

By inhibiting an essential pathway in mitochondria, MALCs cut down the cellular energy supply, which eventually kills the pathogen.

Whilst scientists show that this “mode of action” is common to the various MALCs tested, and effective against plant pathogenic fungi, one MALC that they synthesised and named C18-SMe2+ showed unexpected additional modes of action.

Firstly, C18-SMe2+ generates aggressive molecules inside the mitochondria, which target life-essential fungal proteins, and in turn initiate a “self-destruction” programme, which ultimately results in “cellular suicide” of the fungus.

Secondly, when applied to crop plants, C18-SMe2+ “alerts” the plant defence system, which prepares the crop for subsequent attack, thereby increasing the armoury of the plant against the intruder.

Most importantly, the researchers demonstrate that C18-SMe2+ shows no toxicity to plants and is less toxic to aquatic organisms and human cells than existing fungicides sprayed used in the field today.

Professor Steinberg, who led the research, said: “The university has filed a patent (GB 1904744.8), in recognition of the potential of this novel chemistry in our perpetual fight against fungi.

“We now seek partners and investors to take this development to the field and prove its usefulness under ‘real agricultural conditions’. Our long-term aim is to foster greater food security, in particular in developing nations.”

Professor Sarah Gurr said the new antifungal is an exciting discovery: “We are increasingly aware of the growing burden of plant disease caused by fungi and of our need to safe-guard our calorie and commodity crops better," she said.

“The challenge is not only to discover and describe the mode of action of new antifungals but to ensure that chemistries potent against fungi do not harm plants, wildlife or human health."

The study was funded by the Biotechnology and Biological Sciences Research Council (BBSRC).