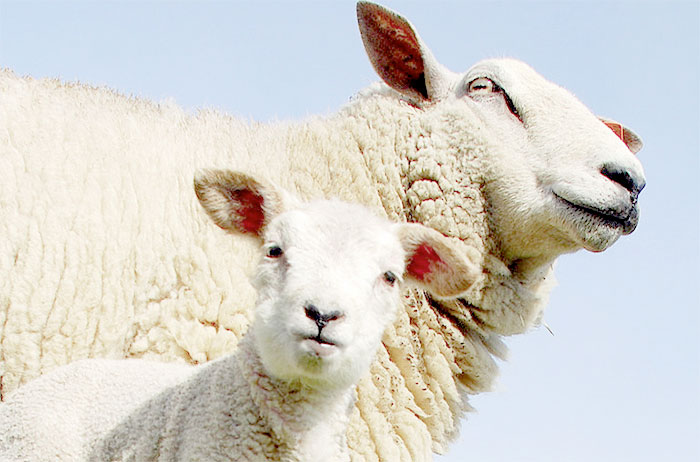 The National Sheep Association (NSA) has said it is 'delighted' that the Veterinary Medicine Directorate (VMD) has granted a licence for MSD Animal Health’s Schmallenberg vaccine, giving sheep farmers the option to vaccinate their stock this summer, ahead of the high-risk mating season.

The virus, which emerged in late 2011, is transmitted via insect vectors, mainly midges and causes transient clinical symptoms in adult cattle and sheep, such as fever, diarrhoea and reduced milk yield, as well as congenital malformation in newborn calves and lambs. As of March 31st 2013, 1753 cases of SBV had been confirmed throughout the UK. SBV has now been detected in every county in England and Wales.

Exposure to the virus can result in relatively mild conditions in cattle and sheep but where infection takes place during the early stages of pregnancy; it can result in congenital disorders of lambs and calves. Infection may also be linked to poor breeding performance.

Voluntary reports from UK farmers show that 1,753 farms throughout Great Britain have now tested positive for the virus.

Defra's Deputy Chief Veterinary Office Alick Simmons said: "It is welcome news for British farmers to have the choice to vaccinate their animals. The vaccine will give extra assurance against this disease on top of the natural immunity we expect sheep and cattle to develop after initial exposure."

The vaccine will be available for use across the UK this Summer.

Phil Stocker, NSA Chief Executive, says: "NSA called for a vaccine some time ago and we are absolutely delighted both MSD Animal Health and VMD acted as quickly as possible in the development and licensing processes, while also ensuring rigorous safety checks.

"We are particularly pleased the vaccine licence indicates sheep need just one jab, as this avoids the expense, stress and inconvenience of having to gather and inject sheep twice. The work done by both parties to provide and corroborate evidence for this is hugely appreciated by the sheep sector, along with the commitment to move rapidly in getting this product to market.

"The decision about whether to vaccinate or not will be down to each individual farmer, their business model, infection history, lambing pattern and location. NSA urges farmers to talk to their vet in advance of tupping, so that if vaccination is seen as the best route, there is enough time to implement a programme and fully protect stock.

"NSA is also committed to providing independent information to ensure producers know the key points to consider when deciding what to do in their situation. We are looking to provide this support to the sheep sector as soon as we can."

The British Veterinary Association (BVA) warmly welcomed the announcement that a vaccine is now available.

Commenting, Peter Jones, President of the BVA, said: “Given the serious worry that this new disease has caused and the significant losses that individual farmers have faced, the news that a vaccine is now available should be warmly welcomed.

“Although we are aware that previous exposure to the virus provides some immunity there remains a lot of uncertainty about how long the immunity will last and which animals in the herd or flock have been exposed.

“Farmers can now plan with good veterinary advice how, where and when to use the vaccine to protect their animals and their offspring.”

The Veterinary Medicines Directorate (VMD) announced today that it has granted MSD Animal Health a provisional marketing authorisation for Bovilis SBV, which is the first vaccine specifically targeting SBV in cattle and sheep.

The VMD's CEO Pete Borriello said: "This is the culmination of intensive activity on the part of MSD Animal Health and the VMD to make a safe and effective vaccine available to tackle Schmallenberg.

"Without in any way compromising the scientific rigour of our assessment process, we accelerated our assessment so that a vaccine will be available this summer.

"This means it will be possible to vaccinate sheep and cattle before most of them become pregnant. This is important as it is during pregnancy when exposure to the virus can cause damage to the foetus."

The Farmers’ Union of Wales animal health and welfare committee chairman Catherine Nakielny said: "This is fantastic news for the farming community. The vaccine means that farmers can vaccinate sheep and cattle before most of them become pregnant, which is important as it is during early pregnancy when exposure to the virus can cause damage to the foetus."

“Despite the vaccine, I would reiterate the warning we put out in January that all farmers in Wales need to be on the lookout for any unusually high incidences of abortion or congenital abnormalities - deformed lambs, swollen heads, weak lambs etc.

“There have been 1,753 confirmed cases of SBV throughout the UK and this virus has been detected in every county in England and Wales, so we are pleased that farmers will now have the choice to opt for vaccination against this disease and we would like to urge farmers to discuss vaccination with their vet at the earliest opportunity,” added Dr Nakielny.

There is no known risk to human health from SBV but the advice for pregnant women remains to be cautious around farm animals and to follow strict hygiene procedures, the union stressed.

NFU Scotland’s Animal Health Policy Manager, Penny Johnston said: "The ongoing low temperatures may prove to have had a limiting effect on further viral spread in recent months but an upturn in temperatures could very quickly change that picture. That is where our surveillance is crucial in mapping the speed at which the virus starts spread and its likely reach across Scotland.

"The virus could start to shift in the next few months and we continue to urge all livestock producers to discuss the implications for their stock with their vet.

"The virus seems to be able to cope well with our climate and there is a risk that spring calving cows in the southern half of Scotland could be challenged by the virus during the danger period of the breeding cycle.

"It is also expected that vaccination will soon be an option for cattle and sheep producers to consider when it comes to protecting stock. These are the kinds of discussions that our farmers now need to have urgently with their vets."

Studies conducted by MSD Animal Health in support of the provisional marketing authorisation reported that all animals responded with formation of virus neutralizing antibodies.

In studies to date, Bovilis SBV has been shown to be efficacious in cattle and sheep.

MSD Animal Health will continue to provide resources and services for the latest disease research. According to KJ Varma, Senior Vice President, Research & Development, MSD Animal Health. "We are committed to working closely with the livestock community to ensure the well-being of their animals."

NFU Scotland President, and qualified vet, Nigel Miller said: “With a significant number of Scottish livestock likely to be exposed to Schmallenberg virus this summer it is great that our farmers now have the choice to vaccinate and protect their animals.

“The vaccine against SBV is a tool that allows farmers, in discussion with their vets, to proactively manage their animals against exposure to the virus when previous strategies could only be based around breeding in times of low midge and viral activity. While it is easier for sheepkeepers to consider putting rams out later in the year, for most cattle farmers delayed breeding is not an option and, depending on disease risk, vaccination may be of use.

“The first results from our ongoing surveillance of dairy herds across Scotland suggests that the vast majority of our livestock remain naive to SBV. Cold weather ensured that the virus only made sporadic incursions into South West Scotland last winter.

“However, we know the virus can over-winter and with temperatures now rising, there is likely to be more activity in the coming months. We will continue to monitor our network of dairy herds across Scotland to track the spread of SBV to allow farmers and vets the chance to plan their strategies for dealing with the disease.

“Our experience and knowledge of SBV is less than three years old and researchers across Europe continue to learn more about the virus each month. It is a credit to the scientists and licencing authorities that a vaccine has been developed and made available in such a relatively short time and that vaccine may prove to be a potent shield against this disease."